The Islamic State has reportedly kidnapped a Nigerian,
Ghanaian and Egyptian migrants in Libya.
Their passports and photos were posted online through the Twitter
handle, -T- @TDecker75 on Friday night.
The passports posted on the Internet indicated that the Nigerian
man’s name is Ibrahim Adeola; his date of birth is May 24, 1979; he
was born in Imo State.

He was said to have been kidnapped in Wilayat, an eastern part of
Libya.
The Nigerian was reportedly abducted by the ISIS along with a
Ghanaian, Kofi Sekyere and an Egyptian, Bekhit Ebeid.
Sekyere’s passport was issued on 16 February 2004, and its
expiration date is February 14, 2014.
Ebeid’s passport was issued on 14 June 2015,  and its expiration date
is 13 June 2022.
The terrorist group is known to always kill its hostages usually by
beheading them.
Find their pictures below: 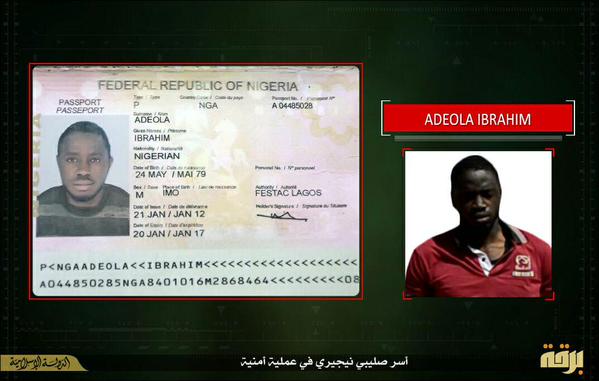 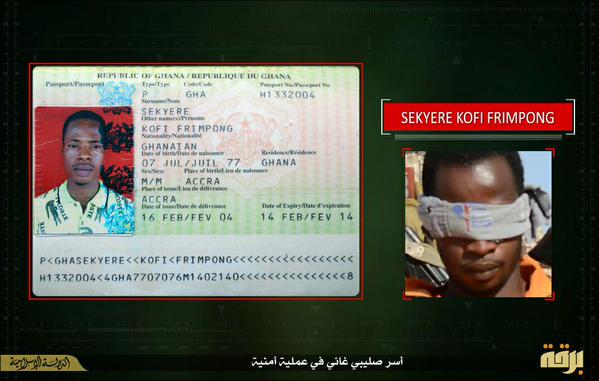 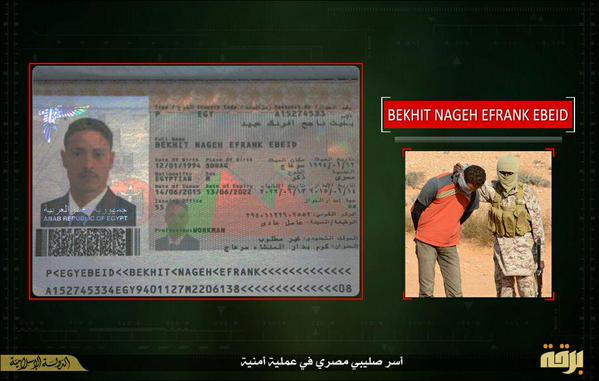