Gov. Ifeanyi Ugwuanyi of Enugu State has assured people of the state that the Child’s Right Bill would soon be passed into law to enable children to attain their maximum potentials.
Ugwuanyi gave the assurance on Monday shortly after the plenary of the Enugu State Children’s Parliament held at the Government House, Enugu.
He said that it was unthinkable that Enugu remained the only state in southern Nigeria yet to domesticate the Act.
He said that he would send an Executive Bill on it to the House of Assembly and that it would be given the urgent attention it deserved.
“We will seek advice from relevant legal authorities on the passage and domestication of the bill and ensure that it is passed as an Executive Bill,” he said.
The governor said that the state government had, through some child friendly policies such as the Universal Basic Education, Free Maternal and Child Health Care Programme, rendered good services in favour of children.
He called on the private sector and other well-meaning individuals to assist government in the onerous task of ensuring better living, especially for children.
Earlier at plenary, Hon. Paschaline Onuora, representing Nsukka Local Government constituency, moved a motion for the passage and domestication of the Child’s Right Bill in the state.
She said that the bill when passed would protect children in the state from undue exploitation and sexual harassment.
“It is a shame that Enugu State remains the only state in the entire southern Nigeria that has yet to domesticate this bill even when 26 states of the federation have done so.
“Most children are seen hawking on the streets during school hours. They get raped and there is no way we will have future if this situation persists,” Onuora said.
Hon. Chibuzor Chinwetalum, representing Ezeagu Local Government constituency, regretted that there was no law to punish perpetrators of crimes against children in the state.
Chinwetalum said that practices such as female genital mutilation and drawing of tribal marks were against the interests of the children.
After a unanimous vote in favour of the bill by the parliamentarians, the Speaker, Hon. Winifred Maduko, appealed to Ugwuanyi to ensure that their deliberations and resolutions were communicated to the state’s House of Assembly for consideration.
–NAN

Tue Aug 4 , 2015
NIGERIA has traced its looted funds to some foreign banks, President Muhammadu Buhari said yesterday. Buhari has vowed to recover such funds from banks, financial institutions and countries in which payments for stolen crude oil have been deposited. Buhari, who did not name the banks, spoke while receiving visiting United […] 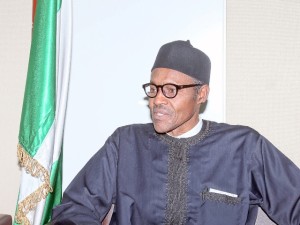