Skip to content
The Chief Justice of Nigeria, Justice Mahmud Mohammed said on Wednesday that the bar must purge itself of its dishonest members for the bench to be free of corruption.
Justice Mohammed said since the bench was a product of the bar, it would not change if its origin remained the same.
The CJN spoke through another Justice of the Supreme Court, Justice John Fabiyi, who represented him at a one-day seminar organised by the Nigerian Bar Association’s Anti-Corruption Commission.
The event was themed  ‘The fight against corruption in Nigeria: The way forward’.
Justice Mohammed said it was time for the legal profession to ‎exorcise the pernicious ghost of corruption from its midst so that the bench could be free of unethical practices.
He said, “It is important to highlight that the bench is a product of the Bar and unless we work in synergy to ensure that only fit and proper persons remain in our midst, it will be impossible to expect a different bench when its origin remains the same.
“I hereby call on the leadership of the bar to expunge from its ranks, such persons whose conduct may be unfit, improper, dishonest or otherwise unethical.
“The time has surely come for us all to take concrete, meaningful and lasting action to exorcise the pernicious ghost of corruption from the most noble of professions.”
He said although there were corrupt judges in the judiciary, “corruption within the judiciary is only imbibed by a minute minority.”
The CJN however noted that while the judiciary continued to discipline erring judges, the beneficiaries of such corrupt acts were never punished.
‎He said between 2009 and 2014, there were 64 judges among the serving 1,020 judges of the superior courts of records as of 2014 “were disciplined as appropriate” with some of them sacked by the National Judicial Council.
Indeed one could say we are in the era of change!
Credit : The Punch

Wed Jun 24 , 2015
A Federal High Court in Lagos Tuesday reiterated the validity of a judgment of the court restraining any extradition process against Senator representing Ogun East senatorial district, Buruji Kashamu. In a judgment on a contempt application filed by Kashamu against the Attorney General of the Federation (AGF) and the Chairman […] 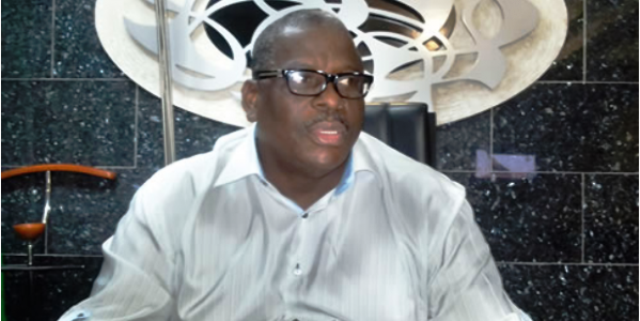