Ebi Tosan, the 20-year old suspected member of the four suspects arrested and paraded by the police over the March 12, 2015 robbery of the Lekki branch of First City Monument Bank,  has dragged  the police to court over what he termed “detention without bail.”
To this end, he was seeking damages in the sum of N1m, claiming that it was unlawful for the police to continue to keep him in detention without admitting him to bail.
The twenty-year-old, arrested on April 5, 2015, was paraded by the police along with three others – Duke Odogbo, 38; Lawrence Kingsley, 31; and Ekelemo Kuete, 30.
He is seeking a court order directing the police to immediately release him on bail.
In a fundamental rights suit he filed through his lawyer, Chief S.W. Baidi, argued that his client’s continued detention without bail was an “infringement and curtailment of the applicant’s constitutional right to personal liberty, freedom of movement and presumption of innocence.”
Besides, he wanted the court to declare that his “arrest, torture and continued detention by the State Anti-Robbery Squad, Ikeja without bail was a violation of his human rights, preserved by sections 34(1)(a), 35(1)(4) and Section 41 of the 1999 constitution.”
Respondents in the suit are the Lagos State Commissioner of Police and the Officer-in-Charge of SARS, Ikeja, SP Abba Kyari.
In a 26-paragraph affidavit filed in support of the originating summons, deposed to by one Tamuno Amos, who addressed himself as the suspect’s uncle, said he believed that his nephew’s continued detention by the police was a deliberate act by the police to “extract a confessional statement from him on the alleged offence.”
Amos, who submitted he had not been allowed to see his nephew since his arrest, claimed, “the applicant is suffering on daily basis without access to food, bath and other conveniences and he may die in custody unless granted bail.”
The suspect had on July 9 secured an order of Justice Lateefa Okunnu of a Lagos State High Court in Ikeja, directing the police to produce him in court on July 16.
On Thursday, however, when the matter came up, the police did not bring the suspect to court and his originating summons slated for hearing could not be heard.
Okunnu, while adjourning hearing of the application till October 22, however ordered that the Lagos State Attorney General should be joined as a respondent.
She added that if there was any urgency, the applicant could appear before October 22 before another judge who will be sitting during the court’s annual vacation, which begins next week.
In the said robbery on Admiralty Way, Lekki, Lagos, a gang of armed robbers, which Tosan and others allegedly belonged to, reportedly stormed FCMB in the afternoon of March 12, wearing military uniform and engaged the police in a gun battle before carting away about N15m from the bank.
About five persons, including three policemen and a fish hawker, were reportedly killed while several others sustained injuries during the non-stop shooting said to have lasted about 30 minutes
Vanguard 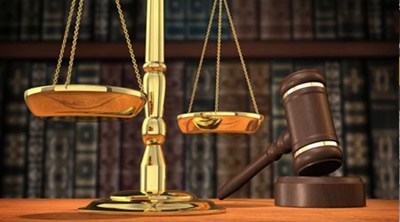