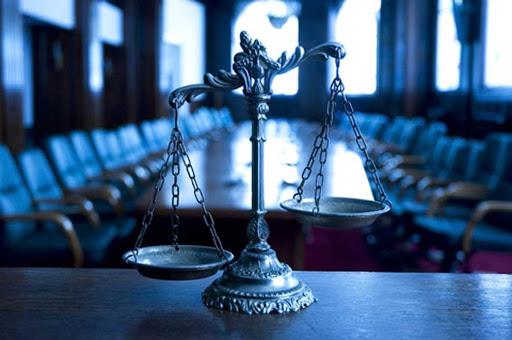 A member of the Nigerian Bar Association (NBA) Criminal Justice Reform Committee, Mr. Emeka Nwadioke, has urged President Muhammadu Buhari to tackle corruption in high places.He said the President must not be perceived to be shielding close corrupt associates if his anti-corruption crusade is to be taken seriously.Decrying what he called a crisis of governance, the activist-lawyer urged Buhari to “rekindle confidence and patriotism in Nigerians by being a true statesman and the father of all”.To him, Nigerians were more divided than ever before due to perceived nepotism and marginalisation.

“The Maina saga is yet another pointer to the high level of impunity at the corridors of power.“The many unresolved corruption scandals within the government has greatly eroded public confidence in both the president and the government.“Efforts must be made to arrest this drift and save the anti-graft war from public odium and contempt,” he said.Nwadioke, who recently marked his 50th birthday, also urged the President to direct attention to the prisons, saying they are in deplorable condition.“I am aware that Mr. President has not visited any prison since his assumption of office. He will weep for this country the day he steps into any of our grossly dilapidated prisons,” he said.Nwadioke decried the sub-human conditions to which prisoners and awaiting trial detainees are subjected, warning that the situation constitutes a “major threat” to national security.

Urging the Federal Government to respect the fundamental rights enshrined in the Constitution, Nwadioke, a former Publicity Secretary of the NBA Lagos Branch, advised the government to revisit the classification of the Indigenous Peoples of Biafra (IPOB) as a terrorist organisation.He said: “In making this call, I am reminded of the words of the United Nations Special Rapporteur on Indigenous Peoples, Victoria Tauli-Corpuz that there is a ‘systematic violation’ of the rights of indigenous people’s through arbitrary arrests and ‘labeling of indigenous organisations,  leaders and activists as terrorists.’“What is more, the deployment of state apparatus towards this end is a major disservice to Nigeria’s emergent profile as a country of laws than strong men. Entrenching the rule of law is a rigorous process that cannot be sacrificed on the altar of expediency.”A former journalist and advocate for media rights, Nwadioke berated the government over a notice to broadcast stations abridging newspaper reviews, adding that it was “among other fascist directives that signal the advent of full-blown dictatorship”.“This gestapo-style attempt to muzzle free speech and the public’s right to know is calculated to turn Nigeria into a banana republic and pariah state.“It must be resisted by all lovers of democracy and freedom. All hands must be on deck to nurture our young democracy and birth the Nigerian Dream,” he said.Nwadioke urged the NBA to “reinvent itself and rise in defence of the rights and liberties of Nigerians and the rule of law”.“This is the only way to rekindle faith in the hearts of the masses,” he added.Source: The Nation