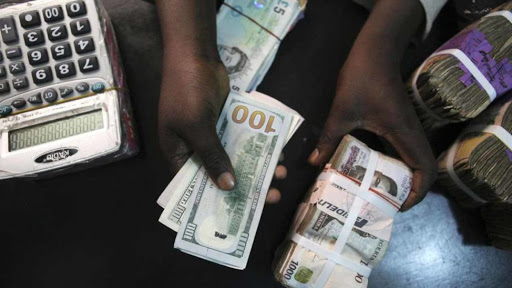 Even before the National Assembly begins formal consideration of the Forex Exchange (Monitoring and Miscellaneous Provisions) Act (Amendment) Bill 2016 being proposed by the Nigerian Law Reform Commission (NLRC) as replacement for the 1995 Principal Act, the Senate has brusquely rejected in a statement the Commission’s recommendation that would bar juristic persons and individuals from holding foreign currencies beyond 30 days.The Senate claims that the provision would discourage “free entry and free exit of foreign capital” from the country. The Senate’s position is disappointing for at least three reasons.Firstly, the Senate showed a lack of understanding of the constitutionally anchored pre-eminence of the national currency, the naira, over any foreign currency. Secondly, it amounts to the Senate renouncing the constitutional responsibility to protect the naira. In this regard, it should have occurred since 1999 to the Senate, were it proactive, that the provision in the Principal Act that set no time limit for holding foreign currencies in a domiciliary account not only legitimates dollarisation but also institutes multiple currency system in Nigeria, both of which are unconstitutional. Since the Senate lacks the power to legislate two or multiple currencies into being, the Senate’s statement is uninformed. Thirdly, the Senate’s notion of “free entry and free exit of forex” is literal and flawed.The NLRC provides a 128-paragraph memorandum to its draft amendment. The full extent of temporary holding of forex should be spelt out non-discriminatorily at paragraph 95 of the memo thus: “Foreign currency should be held only by the CBN and not deposit money banks (DMBs) nor buyers nor private individuals, all of whom are required to hold only the naira to effect lawful transactions in Nigeria.” In that context, the Senate should note that (free) forex entry into the naira-denominated economic system and (free)forex exit occur only upon being transacted in the single forex market.Towards effecting entry, any forex kept in the recommended 30-day domiciliary account that has yet to be transacted voluntarily would automatically convert on the final day of the grace period at the ruling exchange rate and the forex holder would be credited with the realised naira sum. So there is no hoarding of forex and the need for punishment does not arise. On the other hand, in order for forex to exit, an eligible forex end-user should purchase forex in the single forex market. The CBN should ensure availability of forex in the last resort for duly specified eligible transactions.Forex so purchased should leave the DMBs and be warehoused in a pipeline account within the CBN (domestic correspondent banking window) for settlement of applicable foreign obligations upon maturity or necessary documentation. Relatedly, the rate of exchange should be determined by the forces devoid of influence of vested interests. Therefore, DMBs should act in the market strictly like stockbrokers and be paid commission set by CBN for sale and purchase of forex.That way, instead of manipulating the exchange rate and trading in forex as middlemen to stay afloat as the country has experienced so far, banks will focus on real banking by concentrating on financing productive and development projects. On a cautionary note, most, if not all present legislators were too young to know where and how the management of the country’s forex derailed. The National Assembly should, therefore, not brashly legislate in a futile attempt to upturn economic principles lest they end up prolonging the national economic travails.

Now, the NLRC, which was established in 1979, acquiesced to the anomalies embedded in the Principal Act (initially a decree). The Commission purports to have been roused from its long sleepy by the onset of low international crude oil prices, the drop in oil output and revenue due to restiveness in the oilfields and the ensuing economic recession. But it should be stressed that the recession came to the surface largely because of the Muhammadu Buhari administration acts of omission and commission. Nonetheless, all that may well be a blessing in disguise as government can no longer easily deceive the public. As a matter of fact, the professed concerns of the Commission about the economy ring hollow just as its proposed amendments skirt the heart of the problem at stake. At about the time the Commission was created, economic pundits had reflected on the country’s ample resources and predicted that the Nigerian economy could attain First World Economy status by the 2000. But that was not to be.The NLRC watched as the fiscal and monetary authorities insisted that Federation Account dollar allocations to the tiers of government be inappropriately withheld by the CBN, which proceeded to substitute in their place freshly printed purported naira equivalent. Even the immediate past and present chairmen of the Revenue Mobilisation, Allocation and Fiscal Commission (RMAFC) (who happen to be engineers) defended that wrong action in the media. Yet the Federal Government was repeatedly openly cautioned that the economic interpretation of the step taken by the CBN, the constitutionally mandated naira monopolist, was that the apex bank was not only covetous of the dollar while relegating the naira but was practising proportionate deficit financing of the budgets of the tiers of government contrary to the Appropriation Act annually as well. Government’s policy makers were unmoved and disdainful of the logical outcome of unyielding inhospitable economic conditions across the land.In the absence of commensurate economic fruits to show 58 years after commercial export of crude oil began during which oil export receipts formed over 50 per cent of the annual budgets of the tiers of government on paper for 41 years, the NLRC should wise up and purge its planned amendments of all misconceptions and well-known wrong policies regarding the country’s forex earnings that have left the economy perennially under-performing.Despite its comparative study of some countries, the Commission still subscribed at paragraph 3 of its memo to the obnoxious categorisation of CBN’s external reserves (CER). The CER is an aberration introduced by the erstwhile military regime after the Bretton Woods system of fixed exchange rates ended in 1971. Down the years, some well positioned government topshots exploited the CER for corrupt self-enrichment. Made up of improperly withheld Federation Account dollar allocations as earlier noted, the CER has given rise to a deviant CBN which has strayed from core central banking. A central bank is not preoccupied with the primary selling of wrongly withheld forex to favoured business folk. The NLRC should know that the Nigerian State exclusively owns the external reserves, which ordinarily should accrue in the main from purchase by CBN of surplus forex as a last resort from DMBs in a single forex market.In its dalliance with aberrant CBN’s external reserves, the NLRC neglected to mention the key instrument of transaction by overwhelming size needed for a sound single forex market to propel the economy out of recession and promote robust inclusive growth for years to come. Consistent with the rephrased paragraph 95 of the Commission’s memo above, the CBN as the sole holder of forex shall keep Federation Account dollar allocations physically. However, the NLRC should include the dollar allocations as instruments of transaction in the form of abuse-proof dollar account balance statements (these may be termed dollar certificates) issued by the apex bank to Federation Account beneficiaries, which thereby become the primary sellers of public sector dollars in the single forex market. This is the appropriate and accepted approach that the CBN has acknowledged.Federal Government policy makers still obstructing the adoption of the method will have to invent a peculiarly Nigerian brand of economics to move the economy forward otherwise. In accordance with the uncontroverted part of the CBN Naira Reform Agenda announced on August 14, 2007, the dollar balances may either be monetised into naira or utilised for settlement of eligible external obligations but should not be converted to dollar cash. Government external loans should follow the same procedure. Under true federalism whose further delay will cost the country dearly, proceeds from increased crude oil and natural gas exports that accrue to the petroleum producing areas will follow suit transparently. (The arrival of true federalism will also end militancy and as a result uninterrupted crude oil delivery to local refineries and natural gas to the power plants will boost domestic energy production for throbbing economic activity and rapid development.)

Next, where do the FG-owned external reserves come from? Supply of forex to the single forex market consists of the pooled public and private sectors forex earnings. By calculatingly limiting access to forex to imports of duly specified eligible transactions based on the country’s development needs and additionally imposing stiff tariffs and severe sanctions on imports not channeled through the banking system, the surplus forex engineered by moderating demand for forex will accrete as savings contributed by all economic sectors to external reserves owned by the Nigerian State. This process would sustain a firm and realistic and stable exchange rate that would render dollarisation and speculative holding of forex unprofitable. The prospects of bumper forex savings by way of external reserves cannot be over-exaggerated.By contrast, the non-implementation of the uncontroverted part of the strategic Naira Reform Agenda has been thoroughly counter-productive. From 2007, the country witnessed, after a shortlived dip in oil revenue, huge oil receipts from peak crude oil prices before they dropped from mid-2014. But the oil proceeds disappeared into private bank accounts and real estate in Europe, Dubai, Panama, domiciliary dollar accounts without time limits, purpose-built attics/bathrooms/soak-aways as well as financing of all manner of imports of final products, all at the expense of domestic production.The Senate should realise that such dissipatory “free exit’ of the country’s forex will make Nigeria remain a banana republic for more than 58 years to come. As for the slumbering NLRC, it suffices to echo that Lee Kuan Yew was a lawyer, but he transformed Singapore to First World Economy status in less than 30 years. After Nigerians spent the last 46 years to display collective mental incapacity to deploy foreign exchange productively, the National Assembly and the Nigerian Law Reform Commission should infuse the insights in this painstaking review into the proposed Foreign Exchange Act in order to evolve a sound national currency, the essential first step toward the successful management of a modern economy.Source : Guardian Newspaper