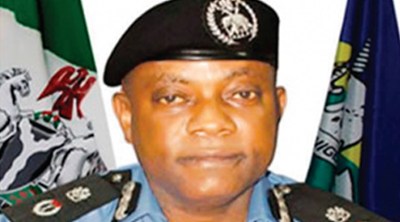 As the tenure of Kayode Aderanti, the Commissioner of Police in charge of Lagos State, ends this Monday, the Lagos State Police Command Sunday night revealed that four members of the gang that invaded two banks in Ikorodu have been arrested.
The gang had robbed two second generation banks at Ogolonto on Wednesday, June 24, 2015 and carted away huge sums of money.
Following the furore the robbery operation caused, Aderanti had assured that the command would fish out the robbers.
Before his transfer directive was given, he had announced a N5 million reward for anyone with useful information.
THISDAY gathered that before the police succeeded in arresting the suspects, some soldiers of the Nigerian Army on a stop and search duty in Ondo State had first arrested one of the suspects.
The said suspect was on his way to his home town in Okitikpupa, Ondo state, when he was picked up.
During the stop-and-search, the soldiers were said to have seen bundles of new N1,000 notes with bank seals in his bag.

Being aware of the robbery incident in Lagos, the soldiers detained him and alerted the Lagos command on the development.
Aderanti was said to have immediately facilitated the handover of the suspect to the command for further interrogation and subsequent arrest of the others.
To investigate the incident, the erstwhile Officer In-charge of the Special Anti-Robbery Squad (SARS), Ikeja, SP Abba Kyari, was recalled.

Also recalled was DSP James Okeke, who was initially redeployed to another division in the state and armed with four telephone numbers, they were able to trace the present location of the suspects.
Credit : ThisDay