Super Eagles coach Stephen Keshi said he will not be taking any legal actions against the Cote D’ Ivoire Football Federation after it listed him on their website as one of the applicants to replace Herve Renard as the Elephants coach.

Keshi, who is presently being ‘investigated’ by the Nigeria Football Federation for supposedly applying for the Cote D’ Ivoire job, said it is not the first time his name had been listed amongst applicants for a job, so can’t be taking legal actions against every country that listed him as a possible candidate to lead their respective teams
“I can’t take any legal actions against them (Cote D’ Ivoire),” he told News24.
“Why would I do that? My name is always everywhere. Every nation in Africa that needs a coach always mention my name, so would I be taking legal actions against all of them?
“Ethiopia, Kenya, Tanzania have all mentioned my name at various points but that doesn’t mean I should be taking them to court, it is a normal thing and it happens to every coach.
“It’s not a big deal to me so I won’t be taking any actions whatsoever against them,” Keshi said. 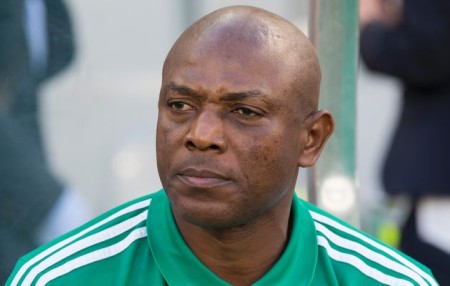