The Economic and Financial Crimes Commission (EFCC) may have recovered a Toyota Land Cruiser Sport Utility Vehicle (SUV) belonging to the ex-Director General of the Nigerian Maritime Administration and Safety Agency (NIMASA), Dr. Patrick Akpobolokemi.
Also, the anti-graft agency is also said to have frozen accounts of two companies financially associated with NIMASA, Mieka Divers Limited and Global West Vessels Limited.
The two companies are reportedly owned by ex-Niger Delta warlord, Chief Government Ekpompolo, otherwise known as Tompollo.
Head, Media Unit of the EFCC, Mr. Wilson Uwujaren, who spoke to our correspondent on the telephone yesterday, could not immediately confirm the development, but said the matter was still under investigation.
“I can’t confirm that to you immediately, but what I know is that the matter has been under investigation”, Uwujaren said.
Investigation by our correspondent also revealed that a number of private bank accounts, allegedly linked to Akpobolokemi, had also been frozen on the orders of the EFCC.
A security source who spoke to our correspondent under a condition of anonymity yesterday, however, confirmed the measures taken on the said bank accounts.
According to him, the move was aimed at checking the ongoing illegal movements of large sums of foreign and local currencies across the nation’s borders.
The source stated further that there were ongoing security surveillance on a number of private and corporate accounts suspected to be linked to slush funds and that those of Mieka Divers Limited and Global West Vessels Limited were just two of such accounts under watch.
Also affected is the contractor handling the N30 billion Maritime University at Okerenkoko, in the Gbaramatu, Delta State. The contract is being handled by Mr. Kime Engozi, believed to be a close ally of former President Goodluck Jonathan.
Funds, amounting to billions of naira, allegedly paid to the contractor by the last administration, are said to have been trapped at a Yenagoa, Bayelsa State branch of an old generation bank.
The funds, are said to be part payment for the construction work on the Maritime University and the NIMASA Technical College, Okoloba, also in Delta State.
Further investigation by our correspondent revealed that freezing the accounts was not a move to stall the various projects for which monies had been paid.
Rather, the move, our source said, was to verify and to keep close watch on outflow of funds from the accounts, with the view to ensuring that such funds were not meant for sinister purposes.
“For instance, just one individual got about N13 billion from a single transaction with NIMASA. The same individual also collected about $57 million from similar deals from the agency without proper documentation.
“No serious administration would attempt to sweep this type of thing under the carpet. So there must be proper explanations, bearing in mind the security implications of movement of such large sums within the system”, the source stated.
Although Tompollo is not known to be under investigation by the EFCC, Akpobolokemi has been under the anti-graft agency’s investigation since August over issues relating to the running of the NIMASA under his watch.
The EFCC had since seized the international passport of the ex-NIMASA boss. A number of his close aides, including an Executive Director at NIMASA, had also been guests of the commission in the last few weeks.
A security source said yesterday that the aides were assisting the EFCC in investigation, relating to amounts spent on the Maritime Domain Awareness and Surveillance System (MDASS) as well the management of the Cabotage Vessel Financing Fund (CVFF).
Attempts by the last session of the House of Representatives to investigate spendings, particularly huge payments to Global West Vessels Limited by NIMASA in 2013 were thwarted under the last administration.
Of particular interests to the House of Representatives was the revelation that 50 percent of revenue being generated by NIMASA was allegedly being paid to Tompollo’s Global West Vessels against financial regulations.
The House investigation had also faulted the way and manner the CVFF account was being run by NIMASA, particularly the frequent movements of funds into different individual and corporate accounts.
At the time, the CVFF accounts were being operated in four different accounts in Skye Bank, Sterling Bank, Diamond Bank and Fidelity Bank.
The Nation
EFCC 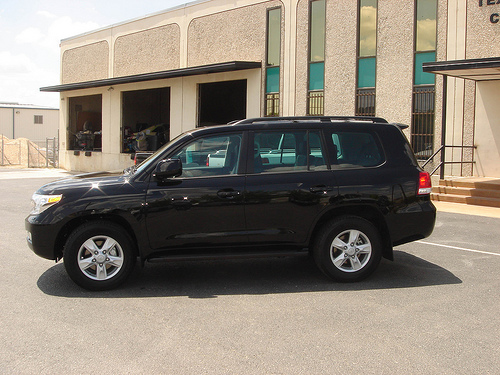