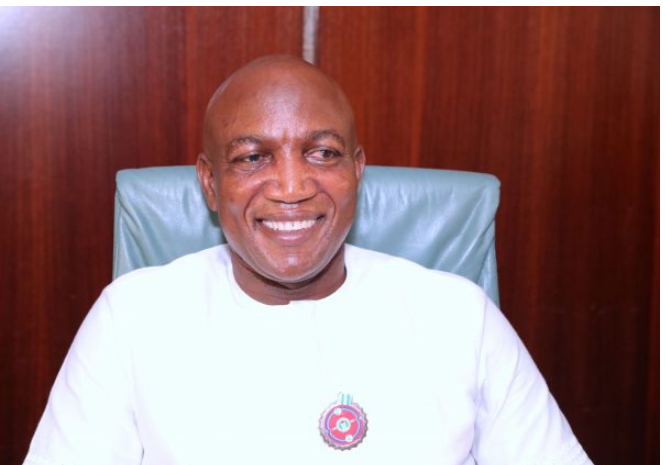 David Lyon and the All Progressives Congress have lost their bids to overturn the Supreme Court ruling of 13 February, which sacked Lyon as the duly elected governor of Bayelsa state.

In a ruling today, the court dismissed the applications for review of the judgment, which rendered Lyon’s election invalid because of what the five-man panel of justices attributed to the alleged certificate forgery committed by Lyon’s running mate,Senator Biobarakuma Degi-Eremienyo.

According to Justice Amina Augie who read the judgment, the applications lacked merit, adding that the decisions of the court are final, a position that may well foreshadow the outcome of other reviews pending before the apex court.

“There must be an end to litigation. Even if we review this judgment, every disaffected litigant will bring similar applications and the finality of Supreme Court judgments will be lost,” Amina Augie said.

She added that the applicants failed to point out errors in the 13 February judgment.

She then pronounced that the judgment is final for all ages and that no court on earth can review it.

She added that the applications are frivolous and vexatious and awarded the cost of N10 million against the applicants to be personally paid by their counsel.

Justice Augie added that the lawyers of the APC and Mr Lyon are also to pay Governor Douye Diri, his deputy Mr Lawrence Ewhrudjakpo and the PDP the same N10 million, making a total of N50million.

The Supreme Court panel that heard the review arguments was composed of seven justices, headed by Justice Sylvester Ngwuta.

The panel gave its judgement after listening to the submissions by lawyers.

Babalola, a senior advocate of Nigeria, argued that the apex court has the power to set aside its earlier judgment.

He insisted that the application is not for a review of the judgment but to set aside the judgment sacking Mr Lyon who overwhelmingly won the election.

Mr Babalola added that the judgment of the court delivered on February 13, amounts to a denial of fair hearing. He urged the court to reverse its decision.

Chief Wole Olanipekun, another senior advocate, representing the APC asked the apex court to set aside its judgment on the ground that the court had no jurisdiction to have entertained the appeal in the first place.

He explained that the suit was first filed at the Federal High Court as a pre-election matter, which is the foundation of the matter that made the appeal get to the apex court.

Mr Olanipekun, therefore, restated his argument that the apex court lacks the jurisdiction to entertain the matter.

He added that all humans are fallible so it is not beyond the apex court to make a mistake.

Mr Olanipekun also faulted the interpretation of the judgment of the court by INEC which issued a certificate of return to Senator Douye Diri of the PDP, urging the court to grant the application to set aside its earlier judgment.

Counsel to the PDP, Tayo Oyetibo, also a SAN, argued that the application by David Lyon is an invitation to violate the nation’s constitution.

He added that it is also an invitation to the court to ‘sit in judgment’ over its earlier decision which must not be allowed while urging the court to summarily dismiss the application.

Mr Oyetibo argued that all areas were well considered before the apex court arrived at its decision on February 13, insisting that the court cannot change the operative part of any judgment delivered by the apex court which is the final court in the land.

Citing section 22 of the Supreme Court act, Mr Oyetibo said “the court has wide powers to make any order including the order asking INEC to withdraw the certificate issued to David Lyon. The order made by the court was not out of order.”

He explained that the facts and justice of the case warranted the decision of the court and there is no error in it whatsoever.

He added that if any error is felt, it can only be addressed in a future case.

Mr Oyetibo insisted that the grant of this application will engender judicial stability as people will now wait for a possible review before acting on any judgment of the apex court.

He urged the court to dismiss the application and not to disturb the status quo.

Yunus Ustaz Usman who is representing Governor Douye Diri aligned himself with the submissions of Mr Oyetibo, insisting that the court cannot make any order outside the judgment, especially after a full-blown trial.

He reaffirmed the finality of the court as the highest of the land, urging the court to dismiss the application in the interest of the overall survival of the country.

Chris Uche, counsel to Bayelsa Deputy Governor, Mr Lawrence Ewhrudjakpo vehemently opposed the application for a review of the judgment of the apex court and urged the court to dismiss the applications filed by Mr Lyon and the APC for totally lacking in merit.

Uche argued that the Supreme court lacks the power to sit on appeal over any judgment delivered by the court.

He added that it is a case of outright abuse of court process, stating that the court must ‘jealously’ guard its judgments otherwise, there will be a floodgate of applications for review which will lead to a bastardization of the judicial process.

He urged the court to resist the dangerous invitation to violate the nation’s constitution.

Present to witness the proceeding are the National Chairman of the APC, Mr Adams Oshiomhole,
Governor Douye Diri and the sacked deputy governor-elect, Biobarakuma Degi-Eremienyo

Thu Feb 27 , 2020
In continuation of his visit to Port-Harcourt, Deacon Dele Adesina SAN extended his consultative visit to Past Presidents and senior lawyers in Port-Harcourt and other Branches in Rivers State today. Very significantly, he had a robust interactive session with the very popular Group, the Integrity Group, a powerful and highly […] 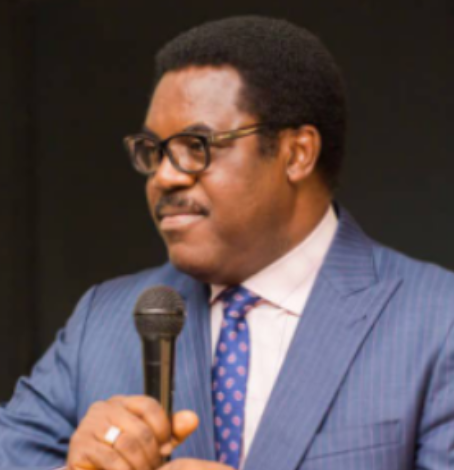