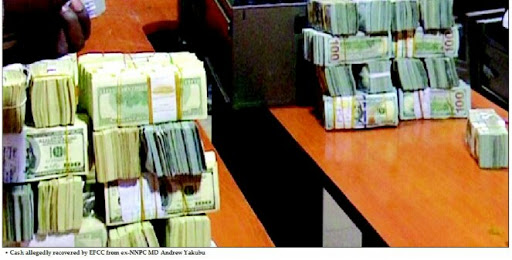 Barely two months after its introduction, whistle-blowing has been yielding results. The Federal Government has so far recovered billions in naira and millions in dollars. The most stunning recovery was from former Nigerian National Petroleum Corporation (NNPC) Group Managing Director Andrew Yakubu, who allegedly kept $9.7million and £74,000 in a fireproof safe in a community in Kaduna State. Is the policy sustainable without the National Assembly passing a law to support it? Lawyers suggest ways to strengthen the policy. ROBERT EGBE reports.IT sounds incredible. But in just two months, with its whistle-blowing policy, the Federal Government has recovered $151 million, N8 billion, $9.2 million and £74,000. When the policy was introduced, many probably never gave it a chance. Now, the recovery of this huge cash has left mouths agape.Aside being a tool to strengthen the anti-corruption war, two things stand the policy out.It provides the government an opportunity to raise cash by recovering loot it had no knowledge of; and it gives the whistle-blower access to substantial financial reward for exposing crime.The Federal Executive Council (FEC) approved the policy last December 21.

The policy’s legislative counterpart, Whistle-Blower Protection Bill 2016, passed the second reading on the floor of the Senate last October 20.The Bill is one of the five proposed laws sought to be employed by President Muhammadu Buhari as weapons in the fight against corruption.Others are the Office of the Financial Ombudsman Bill 2015, National Convicts and Criminal Records Bill 2015, Electronics Transactions Bill 2015, and the Nigerian International Financial Centre Bill 2015.The 2015 version of the Whistle-Blower Protection Bill was one of the 46 bills that the Seventh Senate passed into law within 10 minutes on the eve of the end of its tenure in 2015. They were not signed into law by former President Goodluck Jonathan.Last December 19, Ben Akabueze, Director-General of the Budget Office of the Federation, said the government planned to infuse N258.6 billion from recovered loot in this year’s budget.Two months into the policy’s implementation, billions have been recovered, according to Minister of Information, Alhaji Lai Mohammed.On February 12, he listed some of the recovered cash to include $151 million, N8 billion and $9.2 million.