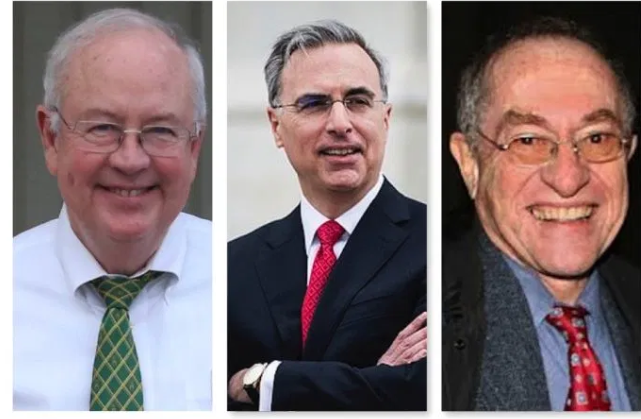 President Donald Trump’s lawyers wrapped up their arguments in his impeachment trial on Tuesday with a plea for the Senate to acquit him, and also sought to marginalize former national security adviser John Bolton’s explosive allegations about Trump’s conduct as “inadmissible” in the proceedings.

“The election is only months away. The American people are entitled to choose their president. Overturning past elections and massively interfering with the upcoming one would cause serious and lasting damage to the people of the United States and to our great country. The Senate cannot allow this to happen,” White House Counsel Pat Cipollone told the Senate.

“It is time for this to end, here and now. So we urge the Senate to reject these articles of impeachment.”

He spoke on the third and final day of Trump’s legal team’s presentation to the Senate.

Sekulow underscored what fellow Trump legal team member Alan Dershowitz told senators late on Monday – that even if what Bolton says is true, it would not represent impeachable conduct.

Directly contradicting Trump’s account of events, Bolton wrote in the manuscript that the president told him he wanted to freeze $391 million in security aid to Ukraine until Kiev pursued investigations into Democrats, including Biden and his son Hunter Biden, the New York Times reported.

Trump is seeking re-election on Nov. 3. Biden is a leading candidate for the Democratic nomination to oppose Trump.

Bolton’s allegations go to the heart of impeachment charges against Trump. Democrats have said Trump abused his power by using the security aid – approved by Congress to help Ukraine battle Russia-backed separatists – as leverage to get a foreign power to smear a political rival.

Trump has denied telling Bolton he sought to use the Ukraine aid as leverage to get Kiev to investigate the Bidens. He has denied any quid pro quo – a Latin term meaning a favor for a favor – in his dealings with Ukraine.

Sekulow told the senators they were taking part in “the most solemn of duties under our constitutional framework: the trial of the leader of the free world, the duly elected president of the United States. It is not a game of leaks and unsourced manuscripts. That’s politics, unfortunately.”

“Responding to an unpublished manuscript that may be – some reporters have an idea of maybe what it says – that’s what the evidence (is) – if you want to call that evidence. I don’t know what you’d call that. I’d call it inadmissible,” Sekulow added.

Some Republican senators proposed that Bolton’s manuscript be made available for senators to review on a classified basis, an idea rejected by top Senate Democrat Chuck Schumer.

Schumer stepped up his party’s calls for Bolton to be summoned as a trial witness. Senate Republicans, who have so far refused to allow any witnesses or new evidence in the trial, faced mounting pressure from Democrats and some moderates in their own party to summon Bolton.

The trial will determine whether Trump is removed from office after being impeached by the Democratic-led House of Representatives last month on charges of abuse of power and obstruction of Congress arising from his conduct toward Ukraine.

Trump is expected to be acquitted in the 100-seat Senate, where his fellow Republicans hold 53 seats. A two-thirds majority is needed to remove him from office under the U.S. Constitution.

Teen sues father for refusing to give marriage consent