A former Corps Marshal of the Federal Road Safety Commission, FRSC, Haladu Hananiya, is in trouble for allegedly paying N150,000 for a brand new Toyota Land Cruiser SUV worth N13 million.
Mr. Hananiya is alleged to have used his position as former Chairman, Governing Council of the Adamawa State University, ADSU, to convert the vehicle to his personal property.
The university bought the brand new vehicle on January 28, 2015, several months after the former FRSC boss ceased to be chairman of the institution’s board.
Seven days later, the car was passed to Mr. Hananiya who bought it off as scrap, paying a token N150,000.
A whistle blower, one Luka Ibrahim Monduva, first made the alleged scam public in a petition to the Economic and Financial Crimes Commission, EFCC.
Mr. Hananiya was appointed chairman of ADSU governing council on August 16, 2014.
About two months into his four-year tenure; the state government sacked the board on October 8, 2014.
However, three months after the board was sacked, the university, on January 28, purchased a brand new Toyota Land Cruiser V6 SUV with chassis no: JJEJU9FJ3E5C47168 for Mr. Hananiya.
He bought off the vehicle as scrap seven days later.
Investigation showed that the vehicle was purchased from AS Galadima Motors, located at Dawaki Junction, opposite Charley Boy Bus Stop, Kubwa Express Way, Abuja, with receipt number 0006 and sales invoice no: 0106.
In his petition to the EFCC, Mr. Monduva alleged that prior to Mr. Hananiya’s appointment; the university’s management passed a resolution that empowers principal officers to retain official vehicles after paying the scrap value of N150, 000.
“Principal officers are entitled to retain their official vehicles once during their tenures after paying the scrap value of N150, 000; and if for any reason an officer leaves office after spending two years or half of the tenure, he shall pay the scrap value of N150, 000,” part of the resolution reads.
But Mr. Hananiya only spent two months in office, and Mr. Monduva described his purchase of the new car on scrap value as “fraudulent and questionable”.
He insisted that during the short period the former FRSC boss served in the university’s board, he was not given an official vehicle.
“However, the Governing Council of ADSU, acting in concert, conspired with the vice chancellor of the university and purchased an official vehicle on the 28th day of January 2015 at the cost of N13 million long after the termination of Gen. Hananiya’s short term in office,” the petition reads.
“I wish to assert here that subsequent to the belated and illegal purchase, the duo reduced the disused official vehicle to a ridiculous scrap value of N150, 000 only, which does not in any case represent the fair value of the vehicle.
“Wherefore, I humbly invite the EFCC to interfere and reverse the fraud perpetrated on the university and prosecute parties to the act altogether, thereby engendering probity and observance of due process in the discharge of official functions by public servants.”
Officials of the Adamawa State University could not be reached to comment for this story. Multiple calls to the two telephone numbers listed on the university’s website failed to connect.
An email seeking comment to the address listed on the university’s website is yet to be responded to.
Attempts to seek clarifications from Mr. Hananiya failed as he would not pick calls or reply a text message sent to him.
However, EFCC spokesperson, Wilson Uwujaren, confirmed that the commission received a petition against the former FRSC boss.
Mr. Uwujaren also confirmed that the EFCC has started investigating the matter.
-Premium Times 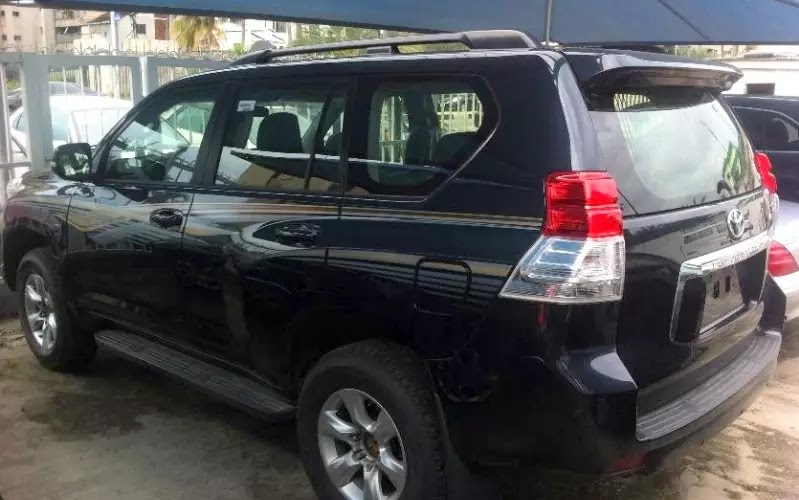