An Upper Sharia Court, Rijiyar Lemo, in Kano, has sentenced 9 persons: Abdul-Inyas, Hajiya Mairo and seven others to death for blasphemy against the Prophet of Islam.
The trial was done in secret, and details of its proceedings are yet to be made public.Even the name of the judge who conducted the trial is being kept secret.

The court initially said two people were convicted but a court official, who simply gave his name as Nasir (he declined to provide his full name) later said nine people were sentenced.

He declined to provide the names of the seven others.
The offence, committed in early June, triggered protest in Kano.
The demonstration was however promptly quelled by law enforcement agents. The court where the trial began was burnt down prompting the authorities to assign the case to another court.
A statement by the State Sharia Court of Appeal, signed by a man named Nasiru, said the nine persons were found guilty under section 110 and section 382b of the Sharia Penal Court law year 2000.
“They are hereby sentenced to death,” the statement read.
The statement acknowledged that some Muslim faithful in Kano threatened violence if the accused were set free.
The court however freed Alkasim Abubakar, Yahya Abubakar, Isa Abubakar, and Abdullahi Abubakar, who were arrested alongside the nine convicted persons.
They were found not guilty by the court.
Already, news of the judgment has sparked jubilation by a section of Kano residents.
Credit : Premium Times 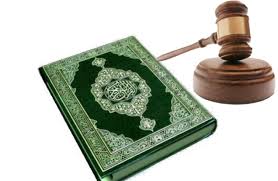