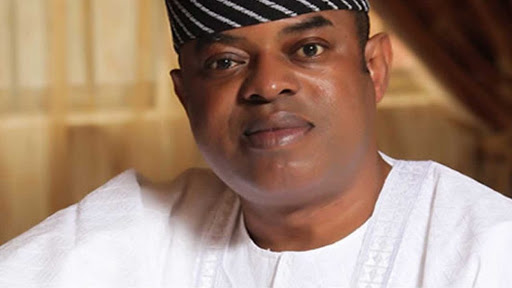 She was a dream child. Brilliant and highly religious. Popularly called Alhaja, she was brought up in a humble home, where she learnt sound moral values. Fate, however, played a fast one, when, at a social function, she met this dashing youngman. She fell in love and love led her to drugs. She had no idea that this chance meeting would lead to her end. One day, she was caught with drugs on her way to India.Today, Alhaja is a story told. She is one of the thousands of Nigerians rotting in foreign jails, as a result of drugs. Only in July, Indonesia executed four convicted drug traffickers, including three Nigerians. Izuchukwu F. Ezimoha, one of the Nigerians killed, was, however, given a heroic burial by his people of Ezigbo, Ihiala Local Council of Anambra State in August.Worried about the increasing rate of drug trafficking and its consequences on the country’s image, the Nigeria Senate is taking a critical look at the National Law Drug Enforcement Agency Act CAP N 30, 2004, with the view to amending it for stiffer penalty.

The country actually flagged off its narcotic control efforts in 1935, when the Dangerous Drugs Ordinance was enacted to control drug trafficking and abuse. Subsequent governments made concerted efforts to stay on top of the drug problem.In 1984, Nigeria recorded a landmark effort when the Federal Military Government, of Gen. Muhammadu Buhari/Tunde Idiagbon promulgated the Special Tribunal (Miscellaneous Offences) Decree No. 20 of 1984 to frontally confront drug trafficking within the Nigerian shores. Section 3 (2) (K) of the Decree provided that “any person who, without lawful authority deals in, sell, smoke or inhale the drug known as cocaine or other similar drugs shall be guilty under section 6 (3) (K) of an offence and liable on conviction to suffer death sentence by firing squad.However, Gen. Ibrahim Babangida, who took over power in August 1985, the law amended the Decree by expunging the death penalty clause, while substituting it with imprisonment terms ranging from two years to life.Based on a recent data gathered by Legal Defense and Assistance Project (LEDAP), almost 300 Nigerians are currently on death row in prisons across Asia.According to Mr. Chinonye Obiagwu, the data independently collected by LEPAD revealed that 120 Nigerians face the prospects of death in Chinese prisons, and over 170 in Indonesia, Thailand, Malaysia, Vietnam, and five in Qatar, United Arab Emirate and Saudi Arabia. He estimated that about 16,500 Nigerians were being held abroad while most of those on death row were convicted of drug-related crimes.Leading the debate to amend the NDLEA Act, Senator Gbenga Ashafa, who represents Lagos East on the platform of All Progressives Congress (APC), expressed concern over the manner Nigerian judiciary has been handing light judgment on drug traffickers despite what the agency’s law stipulate.While presenting the Bill at the floor of the Senate recently, the lawmaker said, “the NDLEA law provides for stringent penalties for persons involved in the importation and exportation of hard drugs such as cocaine or heroin, sell or buy hard drugs or knowingly possess or use hard drugs. These penalties range from life imprisonment to 15 years, which is the minimum penalty.“In the case of Odeh V Federal Republic of Nigeria (2008), the Supreme Court held that the minimum penalty for those dealing in such drugs is a term of 15 years.“The Act specifically stipulates the maximum sentence of ‘life imprisonment and minimum sentence of fifteen years imprisonment for the above-mentioned offences in the Act. There is nowhere in the provisions of the NDLEA Act that gives to judges discretionary power to reduce the minimum sentence stipulated in the Act.”Ashafa lamented that rather than a minimum term of 15 years or maximum of life imprisonment as stipulated in the Act, for some unknown reasons, some judges of the Federal High Court have continued to pass varied/discretionary sentences short of the what is prescribed by the NDLEA Act.Buttressing his argument, the Lagos lawmaker, who said the rate at which the image of the country is being brought to disrepute over drug related offences must be checked drastically at home.Citing some instances, he said, “a welder, Shola Adeitan 32, and a scavenger, Bello Adam, 37, were sentenced to five and two years’ imprisonment respectively, for dealing in cocaine and marijuana. The judgment of the court was published online on September 27, 2016.  A 19-year-old Pakistani, Iftikhar Arslan, was in 2015, sentenced to 18 months in prison by a Justice of the Federal High Court, Lagos, for importing 25. 4kg of heroin while another 38-year-old businessman, a Federal High Court in Lagos sentenced Chibueze Onedigbo, in 2015, to 10 years imprisonment for drug trafficking.”
He added: “Despite the fact that when some of the judges pass these light terms of imprisonment, the convicts in some cases are further given options of fines, which is only available for accused persons found guilty of obstruction of the Agency or authorised officers, not for actual perpetuators of the offence.”

Ashafa decried some arbitrariness by the trial judges by not following the provisions of the NDLEA Act clearly, which he said could lead to corrupt practices. “As a matter of fact, it only encourages illicit drug practices.”According to Ikechukwu Ikeji, a legal practitioner, the country needs stiffer penalties to stem the growing penchant for drug trafficking. However, he warned, “there is no use providing stiffer penalties when the judicial and criminal process is defective. No matter how stiff the penalty, if good investigative and procedural institutional safeguards are not put in place, the problem will still persist.“Most times, it is not the punishment provision that is lacking but the poor investigative and prosecutorial system required to ensure justice. So you see culprits escaping justice because the investigator did a shoddy job or the prosecutor was below par and the defiance was good.”In another reaction, former chairman, Nigerian Bar Association (NBA), Ikeja branch, Monday Ubani, said with consideration of the effect of drug in the society, he is in support of a stiffer penalty against drug related offences.His words: “Given the dangerous effect of drug in the society and the health implications as a result of usage, any law that will imposed a stiffer penalty should be encouraged.”He also advised that the Senate should also propose similar laws against corruption. This according to him is very important going by the negative effect on the nation economy.Another lawyer, Charles Lambo, said by virtue of Section 4 of the Constitution, it is the Senate that is vested with the responsibility of making laws. “If then, the Senate consider the punishment prescribed for drug offences as too mild, it has the right to amend it, most especially, the punitive aspect of the laws,” he said.Lambo also said, “if we compare the NDLEA Acts and the entire drug laws in Nigeria with other countries Laws, one will see that Nigerian drug laws are very mild. Adding that it is the more reason why people are into it.“It will be a welcome development if the Senate makes the laws stiffer to deter people from involving in drug.Also speaking on the matter, Oluwole Kehinde, a lawyer, said there was nothing wrong with the proposal. “No punishment is too high for drug traffickers, because they are the nursing mothers of hardened criminals. However, death penalty is no longer fashionable. Subject to that caution, I support the move.”Ashafa, therefore, appealed to his fellow lawmakers, particularly, the President of Senate, Dr. Bukola Saraki, to consider the necessity of adopting his proposed amendment, which he noted would close any loophole by having a clear, unambiguous and unequivocal provision that judges cannot vary the sentences provided by the Act.According to him, “As the news of these light sentences spread, more people are encouraged to go into the drug trade, hence the phenomenal rise in the number of youths engaged in the illicit abuse of narcotic substances and of course this also contributes to the negative image of our country in the international community.”He also pointed out another minor but significant error in the principal Act, saying: “The word “heroin” was mis-spelt as “heroine”. The two words means different things and are not synonymous.

“An amendment is therefore being proposed to change the word “heroine” which means a female protagonist in a work of fiction or female hero to “heroin” which means an addictive narcotic derived from morphine which is intended in the Act.”Lastly, the Bill also sought an amendment concerning the penalty for obstructing NDLEA or its authorised officers in the exercise of any of the powers conferred on it.“The principal Act imposes a term of imprisonment not exceeding five years or to a fine of N20, 000 or both. The amendment is seeking to increase the option of fine from N20, 000 to N100, 000 because the economic reality in Nigeria today has rendered the N20, 000 fine paltry and unrealistic.Source : Guardian