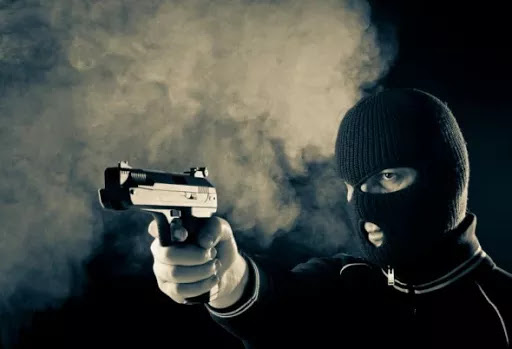 By Evelyn Usman
A six-man robbery gang yesterday shot a bank customer, who had gone to withdraw an undisclosed amount from one of the new generation banks at Odunade, Alaba area of Lagos, dead, carting away the withdrawn amount.
The suspects as gathered stationed their operational bikes close to the bank. On sighting the male customer coming out of the bank, three of them reportedly accosted him and shot him at close range, before collecting the money from him.
A mobile policeman, who attempted to rescue the bank customer, was reportedly shot in the hand, just as it was reported that the mobile policeman also shot one of the bandits in the leg as they were fleeing the scene.
When news of the incident filtered into the Police command headquarters, the state commissioner of Police, Fatai Owoswni, signalled divisions under area ‘B’ Apapa command to be on red alert. On reaching Orege in Ajegunle, a team of policemen led by the Divisional Police Officer in-chage of Ajeromi, Aminu Gusau, had laid ambush for them . Sighting the policemen, the robbers reportedly ordered their injured colleague to get down from the motorbike and released volleys of bullets on him.
Unfortunately, one of he bullets hit a road side mechanic identified as Idris Taiwo in the hand. He was subsequently rushed to the hospital.
The suspects, reportedly, opened fire on the policemen in their bid to escape but were overpowered.
Three of the suspects, according to the Lagos State Police Public Relations Officer, Superintendent of Police, Oladapo Badmos, were arrested and had been transferred to the Special Anti Robbery Squad, SARS for further investigation.
Source : Vanguard