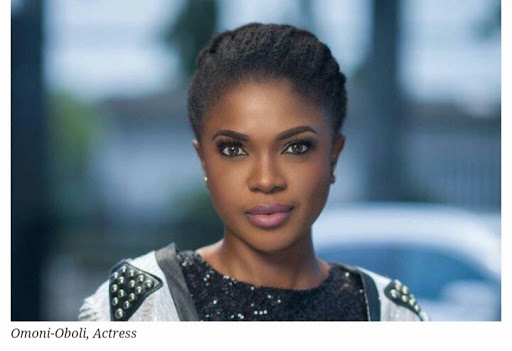 Nollywood actress Omoni Oboli currently has a case to answer in court for allegedly stealing a storyline for the movie Okafor’s Law, for which one Jude Idada is claiming ownership.The movie which is supposed to hit Cinemas from March 31st has been prevented from premiering by a court ruling.Sometime in September 2016, one Jude Idada accused Omoni Oboli of copyright infringement for the movie, Okafors Law. He accused her of using his storyline.She, however, kept mum and went on to promote and set a release date for the movie for March 31st with the premiere, yesterday, 24th of March, 2017. The matter taken to court for the copyright infringement and trademark violation.

MovieYesterday, an injunction was gotten for Okafor’s Law to prevent its premiere and also the release on the 31st of March. The 1st, 2nd and 3rd Defendants in the case, are Omoni Oboli, Dioni Visions & Filmone Distribution. At the premier, yesterday, the actress broke down in tears.

The Canada based writer, Jude Idada, had accused Omoni Oboli of stealing his story and idea for her new movie “Okafor’s Law.” He also stated that Oboli copied his idea for her directorial debut, “Being Mrs Elliott.” .In 2014, Idada was invited over by the Obolis, who told him about their new project “Okafor’s Law.” According to Idada, he ‘let his guard’ down, and shared ideas with Omoni’s husband, Nnamdi Oboli.They offered him the scripting contract, which he accepted, and after much deliberation charged N750,000. He demanded for a contract.“I wrote the contract, and I called Nnamdi over the phone. I said ‘Nnamdi, I have sent you the contract, let me know when you sign it. He said ok.” After a month and a half with no response from them, he gave the script to a friend of his (Chioma), who loved the story.“In the contract I sent to them, I said to them, Okafor’s Law is yours, but the story is mine. If at the end of the day, you don’t want to go ahead with the script, I will take everything and give you “Okafor’s Law,” because that’s all you have contributed.” .

According to him, the Obolis found out about his deal with Chioma, and told people he stole their story. “In 2016, they started shooting. When I read the story, I saw that it was my story. All she did was change the names, but it was essentially my story,” Idada said.Source : PM News