It is less than 24hrs to the NBA National Election, Lawyers in Nigeria would be going to the polls to elect National Officers that would pilot the affairs of the Nigerian Bar Association (NBA) for the next two years. The NBA is the umbrella body of all Lawyers duly licensed to practise Law in the Nigerian legal firmament.

Frankly speaking in NBA elections, I have not seen such an array of highly qualified presidential candidates as currently displayed in the list of screened and cleared candidates. From the corporate man Olumide Akpata to Babatunde Ajibade SAN and the highly skilled and multiple award-winning Dele Adesina SAN’. It is indeed a clear case that the NBA would be better positioned by the election of any of the three as its President.
That having been said, it is however an obvious fact that all of the candidates cannot all be President. One out of them would eventually be elected and sworn in. I have, therefore, considered it apposite, at this point of the electioneering campaign, to lend my voice and support to one of the presidential candidates, Dele Adesina, SAN. I have had the privilege of meeting and relating with the man Dele Adesina SAN and can thus give an insider information about what he stands for. Dele stands for so many positive things which endears him to me and which I believe makes him a better presidential candidate in the coming election.
As a matter of preliminary remarks, I wish to state here that I do not intend to reel off the campaign promises of Dele Adesina SAN. The items of his proposed programme of action are already in public domain, especially on the Social Media. So, the intention here really is to give my personal assessment of Dele Adesina SAN as a person. Such an assessment of his personal relationship with others,

First, I wish to state that if there is any presidential candidate who would cater for the welfare of (young) Lawyers, Dele is the man. Believe it or not, the way a man treats issues of his children’s welfare determines how he would treat other people’s welfare when given the responsibility. Dele has shown, over the years, that he cares about the welfare of other Lawyers. This he has done through a good pay package for his staff.
At this point in time, the NBA needs a de-tribalised man at the helm of affairs and Dele is the man.
His humility is another great asset that is worth exploiting. This is a man who submits to superior arguments from the least Lawyer in the Firm. He seeks advice from those below him as he believes that age alone has nothing to do with best decision-making.

SANs, Senior Colleagues and friends we cannot afford to organise NBA activities in a higgledy-piggledy manner in this 21st Century. I implore you, therefore, to support a man that would bring NBA back to its glorious days. His proposed programme of action shows that a lot of positive things would happen to every Lawyer and every Nigerian under his administration. Promotion of the Rule of Law in Nigeria, promotion of welfare programme and the advancement of human capital development of the Nigerian Lawyer would be secured under Dele Adesina, SAN. Dele is known for innovations, and NBA stands a good chance to benefit from his wealth of experience.

My name is on the list and I support and shall vote for Dele Adesina because he is the good, better and Best and I beseech you to do the same.

THIS FRAUD SHALL NOT STAND - By Dele Adesina, SAN

Thu Jul 30 , 2020
My dear beloved Brothers and Sisters, I want to put on record my profound appreciation for the big work we have done. First and foremost, for our Profession and, secondly, for me. Your support for me is massive. Your loyalty and commitment to the cause is total. Your belief in […] 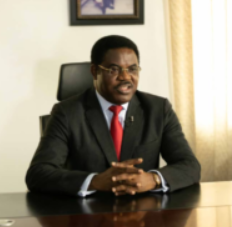