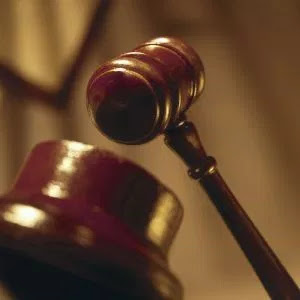 Dr. Olawale Bolanle Babalakin (SAN) and his five companies yesterday lost a N300 billion suit he filed against the Assets Management Corporation of Nigeria (AMCON) for freezing the companies’ bank accounts. The suit was instituted before the Federal High Court, Lagos and was dismissed for lack of merit with punitive cost of N10,000.
Babalakin’s companies that were joined as claimants in the suit are Bi-Courtney Limited, Chartered Investment Limited, Resort International Limited and Roygate Properties Limited.
Dismissing  Babalakin’s suit, the trial judge, Justice Muhammed Idris, pronounced that: “It takes me to a very important issue I wish to address arising from the proceedings that led to this judgement. The issue has to do with the duty of a counsel to properly and fully represent his client. Once counsel accepts a brief from his client, he is under a solemn professional duty to properly and fully represent the client.
“As a repository of knowledge of law, counsel must work hard on each individual case he is handling, in terms of researching afresh and always keeping in touch with the facts of the case, especially at the trial stage. This is because he is duty bound by any strategy or procedure he adopts, and he cannot recline from it together with the consequences flowing therefrom.
“Although the court may intervene in the face of an obvious incompetence, it can only do so if the intervention will not occasion a miscarriage of justice to the other side.
“In conclusion, I find no merit in this case and it is hereby dismissed. N10,000 cost is awarded in favour of AMCON, defendant against Babalakin and his companies.”
The claimants instituted the suit following an ex-parte order made on September 22, 2014, by Justice Okon Abang, in suit number FHC/L/CS/1361/2014, which stopped him from withdrawing money from all his bank accounts in the country.
In the suit, Babalakin and his companies had sought for an order of the court to direct AMCON to pay him a total sum of N300 billion as general damage and aggravated and exemplary damages.
The claimants had also sought for a declaration that as at September 22, 2014, AMCON’s offer letter dated May 7, 2014, cannot create and/or could not have created a new cause of action, either to him or the defendant as same arose from settlement process engaged in by them in order to resolve the dispute, which was the subject matter of several court actions.
Babalakin and his companies also sought for a declaration that AMCON fraudulently misinterpreted and/or concealed material facts in order to procure the September 22, 2014 ex-parte order.
However, AMCON in its statement of defence, filed before the court by its lawyer, Dr. Olisa Agbakoba (SAN), stated that as a statutory body saddled with the responsibility of resolving non-performing loans in commercial banks in Nigeria, it acted in good faith and in accordance with its statutory powers under its  Act in order to recover the over N54 billion debt profile of Babalakin and his companies purchased the non-performing loans of Babalakin and his companies from various banks, following their inability to pay the said loans, and instituted recovery actions against them.
AMCON also stated further that following protracted litigation, both parties met and agreed on out-of-court settlement, which culminated in a debt settlement agreement and an offer letter dated May 7, 2014, was issued to the claimants, but they failed to adhere to the terms of the offer letter.
Source : Daily Sun