THE Central Bank of Nigeria (CBN) has impressed the need on money deposit banks to discourage money laundering.
The apex bank, which has come hard against banks aiding high net worth individuals to launder money, yesterday reiterated its commitment to deal with any bank involved in such malfeasance.
In a statement by its Director, Corporate Communications, Ibrahim Mu’azu, the bank said following report by the Global Financial Integrity group, which ranks Nigeria as one of the 10 largest countries for illicit financial flows in the world, with an about US$15.7 billion of illicit funds annually, it becomes imperative that banks should be on the alert.
It reads: “In the light of this avoidably negative commentary, we wish to draw the public’s attention to several protocols on illicit fund flows, money laundering and terrorism financing both in Nigeria and around the world and warn that the CBN will increase its vigilance to ensure that Nigerian banks are not used as conduits for illicit fund flows, especially in foreign currencies.”
The CBN said it was however heartening to note that: “Nigerian banks have started to curtail the acceptance of foreign currency cash deposits, much the same way as customers in other countries cannot just walk into banks and make foreign currency cash deposits without proper documentation.”
The CBN, he stressed, “will continue to support the federal government’s fight against money laundering, corruption, and terrorism financing and will block any and every avenue that may be used for these purposes.
-The Nation 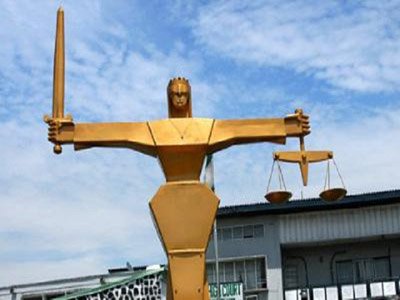 Sun Aug 2 , 2015
Four policemen from the Special Anti-Robbery squad unit of the Lagos State Police Command have been arrested over the death of a car dealer, Benson Obode, in their custody in Benin City, Edo State. The four policemen – Adeleke Adedeji, Oniyon Musa, Henry Sobowale, and Abena John had arrested Benson […]