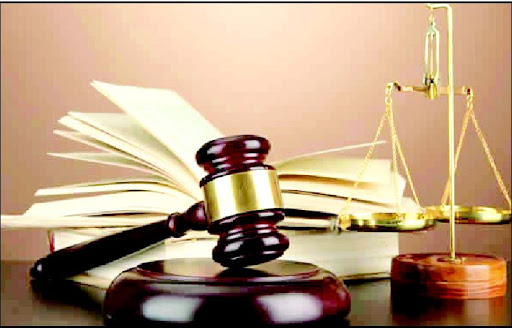 Some Abuja based lawyers have advocated full enforcement of laws on rape to curb the increasing cases of rape and defilement of under-aged children in the country.
They made the call in Abuja on Friday.

A lawyer, Mrs Lucy Okoye said that, it is not just enough to have laws in place, but emphasis has to be placed on enforcement without which the laws will not serve any useful purpose.
She said that the approach toward curbing this menace should be comprehensive enough, if we must get to the root of the problem.

“We should also look at our moral values and upbringing, the slow wheels of justice and the diligence in prosecution.
“Rape constitutes the violation of a person’s fundamental human rights and must be treated with much seriousness, moreso, when it concerns the under-age children.
“Section 357 of the Criminal Code Act 1990 defines rape as, unlawful carnal knowledge of a woman or girl without her consent.

“If the consent is obtained by force or by means of threats or intimidation of any kind or by fear of harm or by means of false and fraudulent representation as to the nature of the act or in the case of a married woman by impersonating her husband, ” she said.
She suggested that when the rape of minors comes up, the parent or caretaker of such a child should be investigated to assess the quality of upbringing such a child had.
Okoye suggested that advocates of Child Right Act protection should be encouraged in order to work with victims and justice delivery sector too.
Another Legal practitioner, Mr Justin Akor, blamed the increase in rape of minors as a product of moral decadence and collapse of values.

“Yes, we have the laws, which stipulate stiffer punishment for offenders, but in most cases the delivery appear not to be effective due to lapses in enforcement and prosecution.
“In order to stem the tide, the Senate on June 3, 2015, passed the Sexual Offences Bill, 2015, which prescribes life imprisonment for rapists and those who have sexual intercourse with children less than 11 years.

Akor said that out-of-court settlement for rape, defilement and violence cases against women must no longer be allowed because it amounted to indulgence.
He commended the Senate for the stiff penalty imposed, and pointed out that rape of minors or indeed any other woman should be handled with all seriousness and diligence too.
“Rapists should be exposed to the full weight of the law, while the victims should be given all the support needed to rehabilitate them,” he advised.
Mr Austin Nwosu, another lawyer, charged parents to pay more attention to the proper upbringing of their children.

“It is a huge shame that parents have abandoned their little children to grow up on their own without the slightest consideration that most men now are like wolves.
“Parents, especially mothers should take a little time out to help their girl-child, especially to grow up properly because they are the most vulnerable of the society.
“When such is done, and laws enforced, then, there may be a reduction in the number of such cases