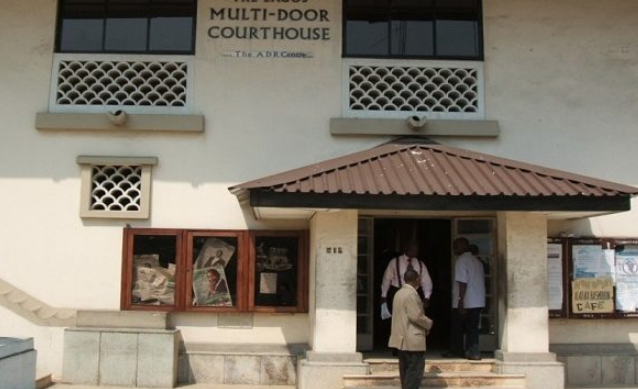 He told the News Agency of Nigeria (NAN) that if experienced mediators and arbitrators were engaged to counsel litigants on diverse issues, it would enhance the Alternative Dispute Resolution mechanism.

Ataene hailed the Lagos State Government for its initiative in setting up the Multi-Door Courthouse, saying it would help decongest the courts.

“Amicable resolution of conflicts has been hailed as the golden rule, which is what the Lagos State Multi-Door Courthouse sets out to achieve.

“Indeed, it has become an integral part of the Lagos State justice delivery system.

“I commend the state government for this giant stride, as cases now have more impetus by its establishment,’’ the lawyer said.

He said the mediators do a good job majorly, but are sometimes hampered by the mindset of litigants who, he added, “have dug their trenches” to prepare for a war.

“It has, therefore, become imperative for these mediators to add some training in psychology to discern the mindset of litigants and proffer solutions while achieving the set goal.

“I also recommend that experience should be considered when assigning such duties of reconciling feuding parties.

“Young lawyers below 10 years at the bar should only take notes and watch senior lawyers mediate with a view to developing requisite skills and expertise,’’ Ataene said.

He said that resources should be made available to indigent parties who approached a court for reliefs but were unable to attend Multi-Door Courthouse for the settlement of their disputes.

He said this will encourage them to sheathe their swords and embrace peace, knowing that the state cares for the welfare of its citizens.

Tue Feb 25 , 2020
Former National Publicity Secretary, Peoples Democratic Party (PDP), Olisah Metuh and his firm, Destra Investments Limited, have been found guilty of count one of the seven-count charge levelled against them by the Federal Government. Justice Okon Abang of the Federal High Court, Abuja, convicted the two defendants Tuesday. The Economic […]