By Dapo Akinrefon & Olasunkanmi Akoni
Lagos—
Following the confirmation of his victory at the Election PetitionTtribunal, Governor Akinwunmi Ambode of Lagos State, yesterday called on the governorship candidate of the Peoples Democratic Party, PDP, Mr Jimi Agbaje to join hands with him in moving the state forward.
Ambode also described the confirmation of his victory at the polls as a reaffirmation of the mandate given to him by the people of Lagos State.
But, the Lagos State chapter of PDP, in a swift reaction, has rejected the ruling which struck out its petition, describing it as a “miscarriage of justice and a monumental drawback in the dispensation of justice.”
The state election petition tribunal, yesterday struck out the petition filed against the election of Ambode of the All Progressives Congress, APC by Agbaje following a preliminary objection filed by the counsel to the APC candidate, Chief Wole Olanipekun (SAN).
Reacting to the ruling of the tribunal headed by Justice Mohammed Sirajo, the governor said, “I’m elated at the ruling of the tribunal which is an affirmation of my victory at the polls. On April 11, 2015, the people of Lagos spoke with their votes about continuity and that is what the tribunal has just reaffirmed”.
Calling on Agbaje to join hands with him to move the state forward, he said “The task ahead requires concerted efforts from everyone. I urge all my opponents to put the election struggles behind them and in the spirit of sportsmanship join hands with me to take Lagos to the next level.”
In a statement by his Chief Press Secretary, Habib Aruna, the governor noted that “It was needless in the first place for the PDP to have petitioned my election which was adjudged to be free, fair and credible. Now that the right thing has been done which of course the people expected, we should all come together above partisanship and move the state forward”
Olanipekun had argued at the resumed hearing on Thursday, June 25, that the petition should be struck out for being incompetent and that there was no correlation between the relief sought by the petitioner and the particulars of application on one hand and the grounds for questioning the election of Ambode on the other hand.
“The grounds and particulars in the petition are at opposites with the facts and reliefs being sought within the purview of Section 285(2) of the 1999 Constitution. I urge my Lordships to dismiss the petition,” Olanipekun had said.
He stated that there is nowhere in the pleadings where the petitioners attacked the victory of the respondents or questioned the conduct of the election, saying “I submit that there is no petition before your lordships known to law. There are no grounds challenging the election of my client under Section 138(b)(c) of the Electoral Act 2010 as amended.”
Lagos PDP rejects verdict
Meanwhile, the Lagos PDP has vowed to appeal the ruling said it as petitioned the National Judicial Commission, NJC, for “necessary disciplinary actions.”
In a statement by its publicity secretary, Mr Taofik Gani, the party lamented that “We are very jolted and embarrassed that our petition can die prematurely without it been heard on the merit.”
“We think there is a miscarriage of justice here. We are interested in the motive and motivators. The panel held that it had jurisdiction to hear our appeal; that our grounds are also competent. It however held that the petition had no life because it didn’t include a relief for re-election. This is supposed to be determined during the proper trial. We put as relief a declaration that we be returned as validly elected. The panel cannot dictate to us what relief to demand. Why should the Panel even expect a relief for re-rerun instead of declaration as winner?”.
It, however, vowed to challenge the tribunal ruling saying “we will not allow this miscarriage. Is this the change APC wants to give us in the judiciary.”
PDP pursuing a lost case — Lagos APC
Also reacting to the ruling, Lagos State APC, said the party did not expect anything less, as PDP is pursuing a lost case.
The party, however, stated that the dismissal of the case filed by Lagos PDP against Ambode has rested the inordinate ambition of PDP to steal Lagos by force.
Publicity Secretary of the party, Mr. Joe Igbokwe said “it is a well deserved victory by all standard. The people of Lagos have spoken and there is no going back. It is an affirmation of the peoples’ will and the PDP know it. PDP does not exist in Lagos.”
He said “We told them that Lagos is not for grabs but this party will not listen, and now they have been told that light and darkness have no meeting point. Millions of dollars and pound sterlings, OPC, and all the security agencies were massively deployed by Jonathan and PDP just to snatch Lagos but they failed.”
Igbokwe contended that PDP can never get anything near to the so-called votes they claimed to have scored in the last governorship elections in Lagos.
Vanguard 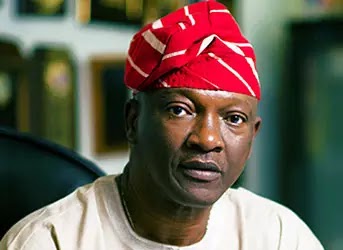