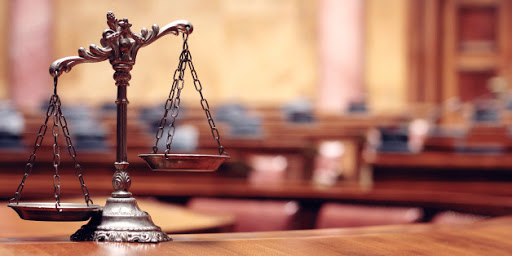 The Court of Appeal in Lagos on Wednesday reserved judgment in the appeal filed by Segun Fabunmi, the former Divisional Police Officer of Pen Cinema Agege Police Station, who was sentenced to 10 years in prison for manslaughter.

The sentence was passed on him in December 2015 by a Lagos High Court following the death of one Ademola Aderintola Daramola during the January 9, 2012 fuel subsidy protest in Lagos.

In his notice of appeal, Fabunmi urged the appellate court to set aside the judgment of the lower court.

Arguing the appeal, Fabunmi’s counsel, CJ Jiakponna, stated that the conviction and sentencing of Fabunmi was in error.  He urged the court, in the interest of justice, to set aside the judgment of the lower court, arguing that it had relied solely on the evidence of the prosecution, which he described as “contradictory” in nature.

Responding, the Lagos State Attorney-General and Commissioner for Justice, Adeniji Kazeem, urged the court to affirm the judgment of the lower court and dismiss the appeal.

He affirmed that the action of the appellant was intentional, as it was with the knowledge that death or grievous bodily harm were the possible consequences.

Following the arguments of the two parties, the panel of judges, led by by Justice U. I. Ndukwe-Anyanwu, reserved judgment on the appeal. Other members of the panel were Justice Biobele Abraham Georgewill and Justice U. A. Ogakwu.

Fabunmi, of 12 Oyewole Street, Ogudu, Lagos, who joined the police in 1984, was arraigned on May 5, 2013 by the Lagos State government on seven counts of murder, attempted murder and action causing grievous bodily harm.

As the DPO of Pen Cinema Police Station in Agege, he had led his men to the Yaya-Abatan area of Ogba following intelligence reports that there was a disturbance in that area and that hoodlums were breaking people’s windscreens and holding innocent people hostage.

He had testified in court that when he got to the scene, law and order had broken down and that immediately the hoodlums saw him and the seven other policemen on his team, they started throwing bottles, sticks, cutlasses, stones and other dangerous weapons.

He further stated that in the attack by the mob, his rifle containing 60 bullets went off. But he denied shooting the deceased or anyone else.

The court agreed with the defendant that there was indeed a mob at the scene of the incident, but concluded that his testimony on whether or how an attempt was made to snatch his AK-47 rifle and who fired the weapon, were conflicting