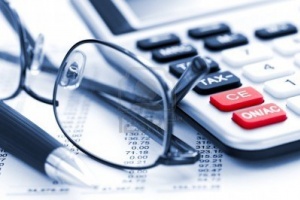 The Lagos State Internal Revenue Service (LIRS) has shut down six companies for failing to remit N11.3 million personal income taxes of workers to the state government.
The new Head of the LIRS, Distrain Unit, Ajibike Oshodi-Sholola, told the News Agency of Nigeria (NAN) in Lagos on Friday that the companies were sealed on July 9 during a state-wide tax law enforcement exercise.
The team leader said the affected companies’ tax liabilities were for a period of four years.
Ms. Oshodi-Sholola said the companies affected by the enforcement included hotels, oil and gas firm, micro-finance bank and digital photo laboratory.
She said the enforcement would continue until taxpayers imbibed the culture of voluntary tax compliance, adding that tax evasion was a criminal act.
“Tax payment is a civil responsibility of everyone because that is the only way government can provide the necessary infrastructure for the citizens and also improve their standard of living,” she said.
Ms. Oshodi-Sholola urged companies to remit taxes deducted from workers’ salaries promptly to avoid their premises being shut.
She said that LIRS sent demand notices on tax liabilities to defaulting companies before the clampdown.
According to her, LIRS notices of intent have been sent to the affected companies as required by the Personal Income Tax Act Amendment 2011.
“As to whether they received the notices or not, that is purely an internal matter of the companies,” she said.
The team leader also urged companies operating in the state to remit their taxes promptly, adding that they should not wait for the government to enforce the tax law.
Ms. Oshodi-Sholola took over from Folashade Coker-Afolayan who was promoted to an assistant director in the service.
(NAN)