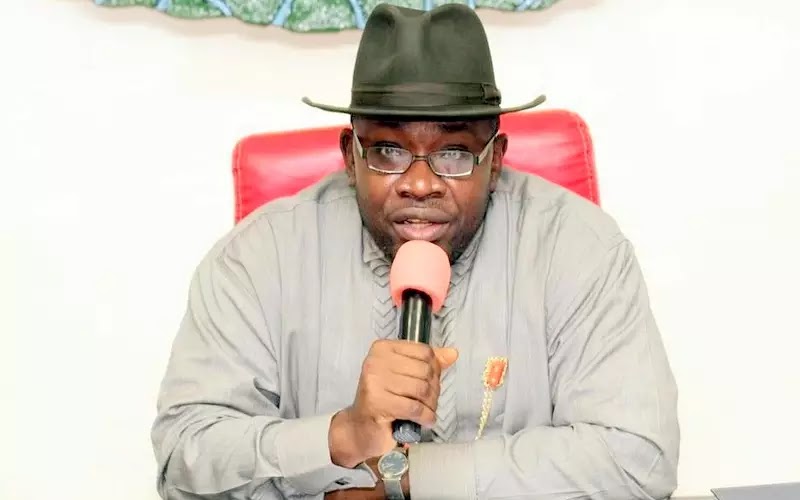 The Bayelsa state government paid close to one hundred million naira to an Italian firm, Hacking Team, to hack computers and phones in Nigeria, new information emerging from the firm’s leaked internal data has shown.
Hacking Team, notorious for equipping governments with tools to hack citizens’ computers and phones, was itself hacked Sunday night and 415 gigabyte of internal data leaked to the public.
Researchers have been pouring through the leaked documents since it was first leaked Sunday night, throwing up many shocking details of the firm’s secret dealings with Bayelsa state and other repressive governments, including Sudan, Russia, and Bahrain.
Documents seen shows that the Bayelsa government, a small state in Nigeria’s oil rich Niger Delta, paid Hacking Team N98 million to carry out internet attacks, in what appears to be the most ambitious hacking project by a Nigerian state government.
The contract was signed in late 2013, Hacking Team’s internal documents, leaked after the Sunday night hack attack on the company, show.
Details of the extent of the attacks Hacking Team carried out on behalf of the state is not clear at the moment.
The contract with the Bayelsa government is classified as “intelligence ” – the same class with contracts the firm unlawfully held with Russia and Sudan.
The cost of Bayelsa government’s contract with the firm is equivalent to what the Russian government recently paid the firm for maintenance of its Remote Control System. And worth more than what Turkey, Columbia and Bahrain paid to the firm.
Hacking Team, now learning how it feels to have one’s privacy breached, is notorious for developing intrusive softwares for state clients who use them to hack citizen’s computers and smartphones. Hacking Team’s twitter account was hacked and used to announce the hack.
The firm claims its intrusion softwares – Remote Control Systems – are the most invasive and ruthless, with ability to compromise most operating systems, except iOS – but including jail-broken iOS.
In one video commercial, it boasted that its software could hack offline and encrypted computers and smartphones, even if the target was outside the government’s “monitoring domain”.
Hacking Team’s Remote Control Systems are more dangerous and intrusive than the WISE technology the Nigerian government bought from Israeli company, Elbit in 2013.
While WISE depended on transmitted data such as voice calls, social media postings, and number plates, Hacking Team specialized in software that had full capabilities to hack, compromise your gadget and silently steal stored data like SMS, Whatsapp messages, call records, and photos.
Galileo, one of the company’s most evil softwares, is also able to secretly take snapshots and record conversations of its victims.
Hacking Team is loathed by digital activists and freedom of expression advocates all over the world for helping oppressive regimes abuses citizens’ right to privacy and freedom of speech.
Reporters Without Borders listed the firm on its Enemies of the Internet index due to its primary surveillance tool, Da Vinci.
Few weeks ago, co-founder David Vincenzetti joked in emails about how bad a leak would be for Hacking Team. In one of the leaked internal emails, he described the firm’s product as the “evilest” technology ever developed on earth.
The hacking software is originally designed as a country-wide attack tool.
The intentions of the Bayelsa state government in purchasing the software is unclear at this time.
As at the time the Bayelsa state government acquired the software, the state was not known to be under any external cyber aggression.
But it’s governor, Seriake Dickson, was persecuting a citizen over critical Facebook comments.
It was also in the run-up to the 2015 general elections.
During the same period, PREMIUM TIMES and few other Nigerian news organisations believed to be critical of the former regime, led by Goodluck Jonathan, suffered several cyber attacks.
Mr. Jonathan is from Bayelsa state and enjoyed absolute loyalty from Mr. Dickson at the time.
Hacking Team did not sell its software directly to the Bayelsa state government. The transaction was channeled through an Israeli company, NICE, and then V&V Nigeria.
V&V, also Israeli-owned, is known to have close relationship with former Bayelsa state governor, Diepreye Alamieyeseigha.
V&V is responsible for the supply of many government hacking tools in Nigeria. PREMIUM TIMES had earlier this year exclusively reported how V&V won a N6 billion contract, back in 2010, for a N6 billion strategic GSM Tracking System for the Nigeria Police Force and expansion/upgrade of the existing system with Nigeria’s secret police, the State Security Service.
The Bayelsa Governor could not be reached to comment for this story.
His spokesperson, Daniel Iworiso-Markson did not answer or return calls seeking comment. He is also yet to respond to a text message sent to him. And so also is Dan Kikile, the state commissioner for information.
(Premium Times)