I’m involved in Umahi’s ordeal; we will get to Supreme Court: Wike

“If your friends don’t want to tell you, me, I’m involved… You are not a member of our party. Leave what belongs to our party.” 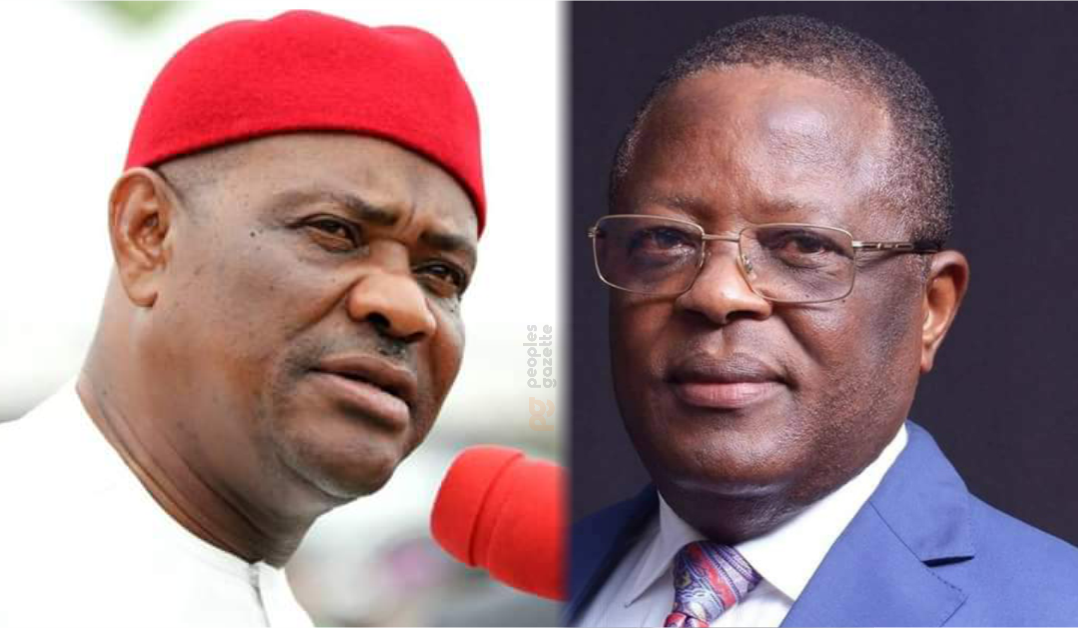 Governor Nyesom Wike says he’s behind the ordeal of David Umahi, whose defection from the Peoples Democratic Party to the All Progressives Congress, informed a recent court judgement sacking him as governor of Ebonyi state.

Mr Wike who made the statement at the commissioning of the reconstructed 3.4km eastern bypass in Port Harcourt on Saturday also vowed to take the matter to the supreme court if the need arises.

“Governor Umahi, be rest assured that PDP will continue this matter down to Supreme Court,” vowed the Rivers state noting that it was the first time the issue of defection would be contested in court, Mr Wike stressed that Mr Umahi’s political harlotry carried consequences that would serve as deterrence to other political office holders fond of defecting to other parties.

“Nobody has gone to court to seek interpretation of a governor who has defected from one party to the other,” Mr Wike said, adding that “This is the first time. And so it looks new to people and they ask whether you can remove a governor.”

According to the governor, “It is better for the court to make a pronouncement. Everybody will have to be careful.

“You give somebody an umbrella and the next day he defects. EFCC will come, he will say let me join them so EFCC will not go against me.

“You carry the vote of another party and join another party. Can you transfer votes? If you are defecting, leave the seat.

“And this will checkmate most of these political harlots who will never sit one place, looking for excuses here and there.

“If your friends don’t want to tell you, me, I’m involved. So, nobody should threaten us. You are not our friend. You are not a member of our party. Leave what belongs to our party,” said Mr Wike.

Justice Inyang Ekwo of the Abuja division of the Federal High Court had on Tuesday removed the governor and his deputy, Kelechi Igwe, for defecting to the ruling APC.

However, Mr Umahi on Thursday begged the court for a stay of exceultion directing them to vacate their offices over their defection. 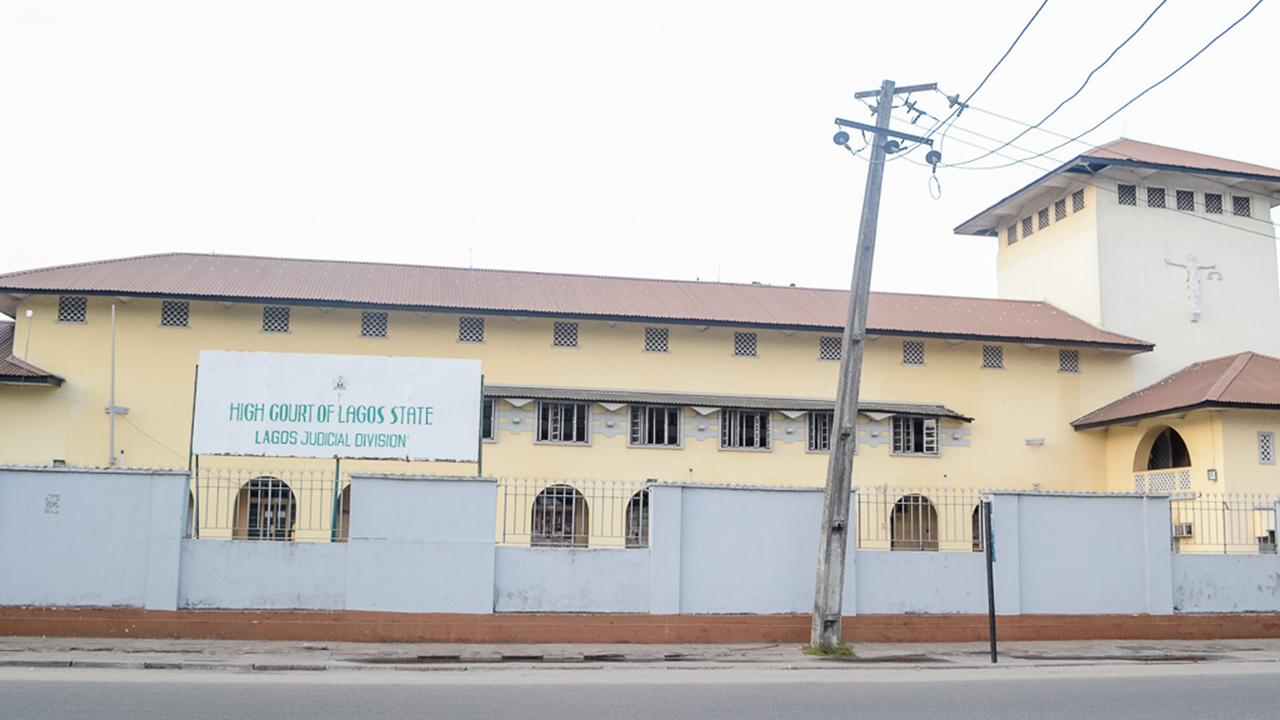 Justice Sherifat Sonaike of the Lagos High Court sitting in Tafawa Belewa Square (TBS) has dismissed the suit filed by a plaintiff, Captain Charles Obadiaru against the men of Nigeria Police, for filling a frivolous fundamental rights enforcement suit.

The court also ordered captain Obadiaru, to pay a sum of N200, 000, to the Police for filling a frivolous fundamental rights enforcement suit.

In the suit marked LD/12064/MFHR/2021, the applicant had approached the court for a declaration that the transaction between him and Okoye is purely a civil transaction and has no element of criminality to involve interference of the police.

Obadiaru also asked the court to declare that the agreement purportedly extracted from him at the behest of the 2nd defendant and investigated by the AIG, Force Headquarters Annex, Alagbon, Lagos is null, void and of no consequence.

“A declaration that the cheques issued at the instance of Mr. Okoye in furtherance to the illegality on the 2nd defendant on him are null and void.”

He also sought for an order of perpetual injunction restraining all the defendants whether by themselves, agents, privies or servant from further hurting, harassing, embarrassing and/or infringing on his rights, as enshrined under chapter IV of the 1999 Constitution of Nigeria under whatever guise, ground or pretext.

However, the police through its counsel, Mr. Morufu Animashaun, a legal officer at the Alagbon-Ikoyi’s annex of Force Criminal Investigation Department urged the court to dismiss the suit with the punitive cost for being frivolous and lacking in merit.

The police in a counter-affidavit deposed to Mr. Liman Salisu, an Assistant Superintendent of Police (ASP) and one of the investigators averred that police received a petition dated April 24, 2021, written on behalf of Captain Charles Obadiaru (the applicant) by John Olowo on criminal allegations of threat to life, conspiracy and conduct likely to cause a breach of peace against one Mr. Felix Chuks Okoye, the first defendant.

The deponent stated that upon the receipt of the petition, the applicant also made a written statement and the first defendant was equally invited to state his own side on the allegations.

Salisu stated that in the course of the investigation, it was found out that the 1st defendant did not threaten the applicant’s life, nor did he conspire with any person to commit a crime.

But, it was the applicant that collected a sum of N51 million from the first respondent under the pretences of selling land to him.

He stated further that the applicant (Obadiaru) collected N51 million out of N90 million under false pretenses, purportedly as the purchase price for selling land to the 1st defendant in Ibeju Lekki area of Lagos State.

The investigation officer said the applicant having collected part payment, became evasive, even when 1st defendant demanded a refund of the money, that the applicant had already diverted the money into another venture.

He further stated that when the applicant could not make a refund, he issued cheques in part payment of the money to the 1st defendant without any coercion, pressure, intimidation nor influence or promise of whatever form from the police.

“The undertaking was reached between the applicant and first respondent without any input from the police. The investigation however revealed that when the first respondent presented the cheques for payment, the cheques were dishonored on grounds of insufficiency of funds

The deponent swore that the applicant has criminal allegations of conspiracy to defraud, fraudulent conversion of the sum of N51 million, by way of stealing and issuance of dud cheques pending against him.

Animashahun, therefore, submitted that it is in the interest of justice and due process to dismiss the suit by refusing all the reliefs sought by the applicant for his fundamental rights had not been breached nor threatened by the defendants.

Delivering the judgment, Justice Sonaike after citing plethora of decided cases, legally weighed parties’ submissions and arguments canvased by their counsel, dismissed the applicant’s suit for being frivolous and lacking in merit.

She also awarded a cost of N200, 000 against the applicant. Severally cumulatively N600,000 in favour of the Police.