How to ensure speedy criminal trial, by Onnoghen, Bello 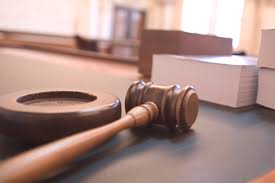 The Acting Chief Justice of Nigeria (CJN), Justice Walter Onnoghen and the Chief Judge of the Federal Capital Territory (FCT), Justice Ishaq Bello yesterday suggested ways of ensuring speedy trials in the nation’s courts.They said the general application of the Administration of Criminal Justice Act (ACJA) 2015 was a sure way of ensuring speedy trials and prompt disposal criminal cases.They advocated the domestication of the Act by all states.Onnoghen and Bello spoke in Abuja yesterday at the opening of a two-day conference for judges and stakeholders in the criminal justice sector tagged: “Judicial Colloquium on Administration of Criminal Justice Act 2015,” organised by the Centre for Socio-Legal Studies (CSLS).Represented by Justice Mary Peter Odili (of the Supreme Court), Justice Onnoghen identified the innovative provisions of the Act, which he said would aid prompt trials of criminal cases if fully applied.

The Acting CJN noted that from objectives of the Act, as reflected in Section 1,  it is imperative all states domesticate the ACJA.“It is common knowledge that, Nigeria, alongside other developing countries, is moving away from a punitive criminal justice system to a restorative one that recognises the various needs of society and is determined to protect the rights of her citizens, including the defendants, the victims and vulnerable persons.“One beautiful features of the ACJA is the provision of a monitoring committee to ensure that the provisions of the Act are effectively complied with by all stakeholders of the criminal justice system – judges, prison staff, police officers, social workers, the victims and defendants,” the Acting CJN said.He praised the event’s organiser, the CSLS, for it commitment to the campaign for full application of the ACJA.Justice Onnoghen noted that the CSLS  was instrumental to the creation of the law, including its involvement in the drafting of the Bill,  its development and advocacy, leading to its passage and signing in 2015.Justice Bello urged  participants at the event – judges and states’ directors of Public Prosecutions – to adopt the ACJA and modify it to suit their local environment in order to ensure “uniformity of the criminal justice system”.He said the ACJA  had an added advantage of making prosecution easy.

“May be you are a policeman, a prosecutor in various states from Ibadan to Ondo or Kaduna, you find out that substantially, the criminal justice system is the same.“It makes it easy for the prosecution and the courts either for the magistrates or the judges,” the FCT CJ said.He said, in line with the Act, courts in the FCT no longer take arguments on application challenging the competence of a charge.“This is because at that stage when the plea has not been taken the court has yet to have dominion over the charges.“It is not likely that the court will consider arguments that there is no nexus between offences and the defendants when the charges are not yet before the court.“The defendant has opportunity to raise the issue through a no-case submission when the prosecution will have concluded its case and the court will be able to review the evidence.“So even if argument is taken on the objection before plea is taken the ruling will be reserved till the end of the trial.“At that stage the court will be able to take a holistic view of the evidence adduced in the case and if the application succeeds the case ends there.“So we need to be more pragmatic. It is high time we cultivated the spirit of the Act.”The President of the CSLS, Prof. Akinseye-George, expressed delight that more states were beginning to appreciate the Act and have domesticated it.“At the last count, not less than seven states have enacted the Administration of Criminal Justice Law.“These do not include Lagos State which set the pace for the entire country by being the first state to enact the Administration of Criminal Justice Law in 2007 and again in 2011 when it passed a revised version of the same law. Others are Anambra, Ekiti, Ondo, Enugu, Oyo and Rivers states.“These and the FCT are now referred to as ACJA compliant jurisdictions. Several others are at various stages in the process of passing the legislation. These include Kwara, Kaduna and others,” Prof Alinseye-George said.A Deputy Director at MacArthur Foundation (one of the foreign agencies supporting justice sector reform in the country) DayoOlaide called for a sustained effort to ensure the full implementation of the ACJA nationwide.The two-day conference ends today.