How legal is national assets sale? 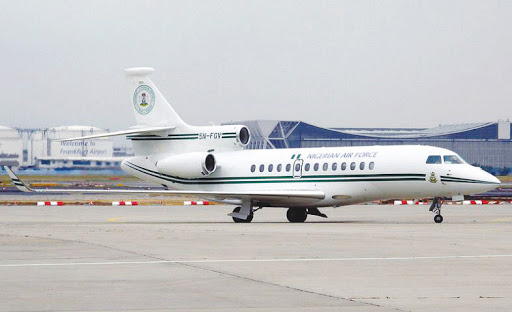 Is it lawful for the Federal Government to meet the short-term gap in its finances by selling national assets? What does the 1999 Constitution say? ROBERT EGBE examines the law and the argument of lawyers on the debate which won’t go away, despite the government’s denial of the plan to sell the national patrimony.When Africa’s richest man Aliko Dangote suggested the sale of national assets to exit recession, many saw him as flying a kite. When the National Economic  Council (NEC) chaired by Vice President Yemi Osinbajo bought the suggestion, the fears were confirmed. The 36 governors are members of the NEC,  whose position stirred the hornet’s nest. Politicians, economists, lawyers and others condemned the proposal, warning that national assets might end up in the hands of friends and cronies of government officials.The plan, some lawyers said, could breach the 1999 Constitution which prohibits the concentration of the economy in a few hands.The case for sale

According to Finance Minister Kemi Adeosun, Nigeria is in its worst economic recession in 29 years, and is facing challenges plugging its budget deficit.The country has also been finding it difficult to secure low-interest foreign loans due to its poor credit ratings, which has made assets sale an attractive option.In an interview in Lagos on September 20, the Central Bank of Nigeria (CBN) Governor, Godwin Emefiele, said he was favourably disposed to assets sale and had considered the option since April, last year.He said: “In the short run, we can sell assets. You will recall that as at April 2015, I had an interview with Financial Times  of London, during which even before the government came on board, I had opined that there was need for the government to scale down or sell off some of its investments in oil and gas, particularly in the Nigerian National Petroleum Corporation (NNPC) and Nigeria Liquefied Natural Gas (NLNG) Limited, as at that time when the price of oil was around $50-$55 per barrel.“We actually commissioned some consultants that conducted the study and at the end of that study, we were told that if we sold 10 per cent to 15 per cent of our holding in the oil and gas sector, we could realise up to $40billion.“Unfortunately, the markets have become soft. Now, if we choose to do that, we could still get $10 to $15b or maybe $20b.”Emefiele said the sale should be done with a “buy-back” clause, so that the government could recover the assets in future.Billionaire businessman Aliko Dangote, Emir of Kano and former CBN Governor Muhammadu Sanusi II, and Senate President Bukola Saraki, among others, have also backed the idea.Last Thursday, the National Economic Council (NEC), comprising governors, approved the sale of some of the assets. A statement from the office of  Vice President Yemi Osinbajo, same day, said the step was aimed at “tackling the current economic recession in the country”.The assets

The company is owned by four shareholders: the Federal Government of Nigeria, represented by the Nigerian National Petroleum Corporation (49 per cent); Shell (25.6 per cent); Total LNG Nigeria Ltd (15 per cent) and Eni (10.4 per cent).It has wholly–owned subsidiaries: Bonny Gas Transport (BGT) Limited and NLNG Ship Management Limited (NSML).According to the Acting Chairman, Revenue Mobilisation Allocation and Fiscal Commission (RMAFC), Shettima Abba Gana,  the NLNG remitted a dividend of $1.289 billion to the Nigerian National Petroleum Corporation (NNPC) in 2013, indicating that the asset was highly productive.

Established on April 1, 1977, by law, NNPC manages the joint venture between the government and a number of foreign multinational firms, which include Royal Dutch Shell, Agip, ExxonMobil, Chevron, and Texaco (now merged with Chevron).Under the 1999 Constitution, all mineral resources are the property of the Federal Government, thus oil firms in Nigeria appropriate portions of their revenue to the government, which account for nearly 60 per cent of the revenue generated by the oil industry.According to an article, “Reforming the oil industry” in The Economist, revenue from NNPC accounts for 76 per cent of the Federal Government income and 40 per cent of Nigeria’s GDP.