Skip to content
HISTORY OF LEGAL PROFESSION IN NIGERIA 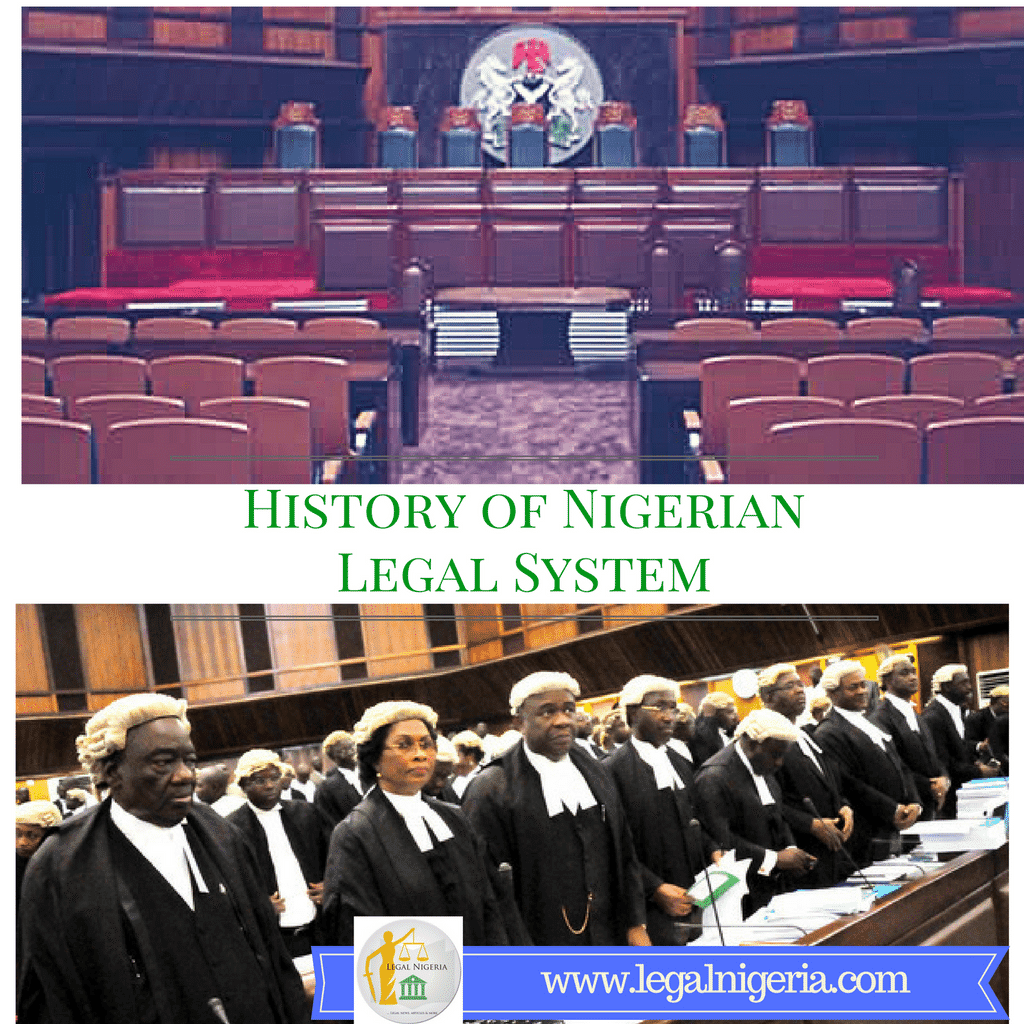 The foundation of the legal profession in Nigeria dates back to the period before the advent of the British in Nigeria. But the profession in its present form comprising practitioner of the English type of law came into being in 1861, when English law and English type of courts were imposed on the Colony of Lagos by virtue of Ordinance No 3 of 1863 . The Supreme Court Ordinance, 1876 is the first significant regulatory statute relating to the practice profession and it provided that “The Chief justice shall have power to approve, admit and enroll to practice as barristers and solicitors in the court such persons as shall have been admitted as solicitors… in any of the courts of London, Dublin and Edinburgh”
The Chief Judge could, in his discretion approve, admit and enroll to practice as a barrister and a solicitor in the court any person, who was entitled to practice as a barrister in England or Ireland, or as an advocate in Scotland and who produced testimonials sufficient to satisfy the Chief Judge that he was a man of good character . Following the amalgamation of the Northern and Southern Protectorates to form the present day Nigeria, the Supreme Court Ordinance of 1914 was promulgated to unify the existing legal systems. The common law, doctrines of equity and statutes of general application which were in force in England as at July 1874 (later varied to January 1, 1900) were made applicable to the Federation of Nigeria.
In order to qualify as a legal practitioner in Nigeria, therefore, a person had to be called to the English, Scottish, or Irish Bar or be a solicitor in England, Scotland, Northern Ireland or Eire. On enrollment in Nigeria, he was entitled to practice as a Barristers and a Solicitor. The only thing common to these countries is that they belong to the home of the Common Law. They differed in their social, cultural, economic, circumstances; their legal systems as well as their training, practice, and regulatory authorities are not uniform. For example, the Scottish legal system is in detail different from the English. Both were different from the customary legal order operative in Nigeria. The foreign legal practitioners were doing in Nigeria what they were forbidden to do in their home country. In Nigeria, unlike the United Kingdom, legal practitioners are barristers and solicitors. In the United Kingdom they are either barristers or solicitors but could not be both. Some of them lacked the formal basic legal education but were granted license to practice; they were not required to study Nigerian Law before or after enrollment. The colonial legal structure provided legal framework for the needs of the colonial administration such as providing lawyers to serve as administrators and legislators as well as manage the institutions of justice. The legal profession is noble. It demands competence in most, if not in all areas of law practice, and a wide range of fundamental skills including the ability, not only to analyse legal problems but also to perform legal researches. The earliest legal practitioners trained in England and only children of royal birth –the direct descendants of the Obas, Emirs, Ezes or Obi’s and other aristocrats and few bright and intellectually sound children qualified for selection into universities overseas in pursuit of legal education.
POST INDEPENDENCE DEVELOPMENT
At independence in 1960, there was immediate need for a better system of legal education, being the engine of development and the most important instrument of meaningful change generally and a fundamental change in the intellectual and social outlook in particular. The Nigerian society needed an appropriate and relevant legal education capable of raising competent legal practitioners for her legislative and executive arms of government and more particularly in the institutions of justice. This informed the Government in enacting the Legal Education Act, 1962 . The Act established the Council of Legal Education (the Council) and charged it with responsibility for legal education of Africans seeking to become members of the legal profession . It expressly empowered the Council to do such things as it considers expedient for the purpose of performing its functions. The Council set up the Nigerian Law School, a specialized institution, that offers professional courses, practice of law and court attachments, law office management, Solicitors Account management, Advocacy, legal drafting, among other things capable of sharpening the skills of young lawyers from different legal families ranging from Anglo-Saxon, Roman-Germanic, socialist, traditional or Sharia families of law – all mixed together. The School, at present, operates in six campuses. The duration of training was first three months but now one academic year for law graduates from indigenous tertiary institutions or for two academic years for their oversea counterparts. There was also the Legal Practitioners Act, 1962, which also regulated the practice of Law in Nigeria. Both legislation separated academic from vocational aspects of legal education.
There is a large number of law graduates awaiting admission into the Nigerian Law School which now operates in six campuses because of the limited capacity and other infrastructure and inadequate ICT, networked systems and virtual and complementary accommodation and physical libraries .The objective of the School is to create and maintain a body of legal institutions and legal practitioners with a fine tradition and a sound legal culture suited to the conditions, aspirations and particular needs of a fasting developing federation of Nigeria, commonly referred to as the giant of Africa. The National Universities Commission Act, 1974 set up the National Universities Commission [NUC] as a quality assurance agency with a responsibility of advising the Federal Government and State Governments of all aspects of university education and general development of universities in Nigeria. The NUC determines the maximum number of law undergraduates each recognized Law Faculty must admit based on the strength of the staff and the quality of its library, moot court facilities, and other basic essentials. After the compulsory legal training by the Council, qualified candidates are called to the Nigerian Bar by the Body of Bench as Barristers and Solicitors and enrolled in the Supreme Court of Nigeria.

Wed Jun 24 , 2015
The Chief Justice of Nigeria, Justice Mahmud Mohammed said on Wednesday that the bar must purge itself of its dishonest members for the bench to be free of corruption. Justice Mohammed said since the bench was a product of the bar, it would not change if its origin remained the […]