Group sues musician for N14m over failure to perform at carnival 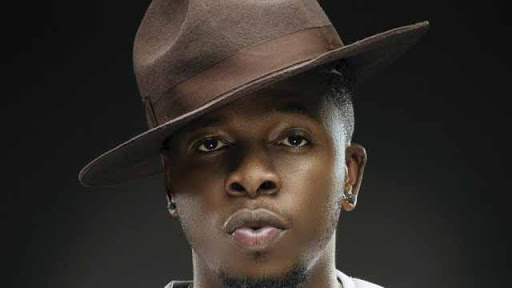 An Anambra youth association, Dynamic Minds League (DML), has sued a recording artist, Douglas Jack Agu (popularly known as Runtown) at the Lagos State High Court in Ikeja over an alleged breach of contract. DML is claiming N14.3 million damages from the musician.
The group, through its president, Chizuo Anetoh, said it agreed with Runtown to perform at the popular harmattan carnival held last January 1 in Adazi-Nnukwu town.

The claimant, through its counsel, Raphael Anagbado, said it contacted the musician’s management company, Eric Many Entertainment, and after a meeting with the manager, Armani Henshaw, a fee of N800,000 was agreed, which was fully paid.

Based on the agreement, the group said it printed fliers to advertise the show’s ticket prices of N3,000 for VIP and N1,000 regular, which were posted across the state. The association said it also booked for two hotel rooms for the musician and his manager, and paid for their flight tickets to Port Harcourt, from where they would head for Anambra by road.
The claimant said Henshaw demanded that four armed mobile policemen be provided to escort them to the venue, but the group was only able to provide two.

According to the claimant, when the artiste and his manager arrived Port Harcourt, they refused to be escorted by the two armed policemen, and eventually refused to attend the event on the basis that it was already late.

“The carnival took place without the attendance of Runtown, who was billed to perform between 1:00a.m. to 2:00a.m. Cash refunds were made to many people who demanded a refund because Runtown was the high point and attraction, which justified the ticket prices. Due to the absence of Runtown, the association lost millions of naira in expected profit and severe damage to its reputation,” the claimant said.

The association is, therefore, praying the court to order Runtown to refund the N800,000, pay it N2 million as special damages, which covers cash refunds to guests, cost of fliers, radio jingles and hotel reservation; as well as N10 million as general damages for loss of revenue; N1 million as exemplary damages, and N500,000 as cost of the suit.

During hearing before Justice Josephine Oyefeso, Anagbado said his client called the musician several times to demand a refund without a response. He said he sent a letter proposing settlement, which was not accepted.

In his response, Runtown, through his counsel, E. O. Ekeocha filed a preliminary objection. He also said he would not make any reimbursements or pay damages as demanded by the claimant. He accused the claimant of breach of contract for alleged late provision of armed security personnel as escort to the venue.Justice Oyefeso adjourned until January 25, 2017 for ruling on the preliminary objection.