A subsistence farmer, Mr. Ubaka Omeke, has sued the Inspector General of Police, Solomon Arase, over alleged illegal detention and harassment, following a land dispute.
Joined as defendants in the suit are Assistant Inspector General, AIG, Zone 9, Umuahia, Abia State and Willian Onoja, Chukwudi Onoja and Sunday Onoja, both of Aji, Enugu Ezike in Igboeze North Local Government Area of Enugu State.
In the fundamental rights enforcement suit by his counsel, Emmanuel Onaeze, at the Federal High Court, Enugu, Omeke, said that he had been illegally detained at both the Divisional Police Headquarters and Zone 9 Headquarters of the Police in Umuahia over a civil matter.
He is claiming “N50 million from the defendants as exemplary, punitive, aggravated and general damages against the defendants/ respondents for their infringement of his constitutional and fundamental rights.”
In a 23-point affidavit in support of the suit, Omeke averred that he was detained at the police station, Ogrute, from where he was transferred to Umuahia, where he was detained for six days based on frivolous petition written against him by the son of William Onoja, Chukwudi without being charged to court.
He averred that he had been in hiding since September 2015, as the respondents had been “using policemen and thugs to harass, intimidate, trail and chase me in order” to take over possession of his land.
He further averred that the police had “no jurisdiction to dabble into land dispute but have decided to descend into the arena of conflict due to extraneous interest.”
He want the court to declare that his arrest and detention, thereby restricting his freedom of movement and subjecting him to physical and psychological torture, constituted a flagrant violation of his fundamental rights and therefore, illegal, unconstitutional, null and void as well as order a perpetual injunction restricting them from further harassment and intimidation against him.
Vanguard 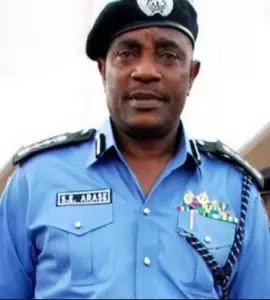 Fri Dec 25 , 2015
United States actor, Robert Downey Jr, has been granted an official pardon for a drug conviction that sent him to prison nearly 20 years ago. California Governor Jerry Brown announced pardons for 91 people who had been out of custody for 10 years and turned their lives around, the BBC […] 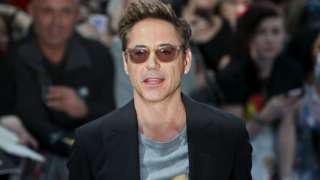