The Economic and Financial Crimes Commission has said it was
shocked by Wednesday’s acquittal of former Minister of
Aviation, Femi Fani-Kayode.
A Federal High Court in Lagos acquitted Mr. Fani-Kayode of
corruption charges, sayingthe EFCC failed to prove its “feeble
case” against Mr. Fani-Kayode beyond reasonable doubt.
The spokesperson for the commission, Wilson Uwujaren, in a
statement, said the ruling by the judge, hon. Justice Rita Ofili- Ajumogobia,
was shocking.
Mr. Uwujaren said, “The Commission is making effort to obtain
a Certified True Copy of the ruling, to enable it respond
appropriately after careful review of the judgment.”
The trial against the former minister by the EFCC began in
2008, before Justice Ramat Mohammed, for allegedly laundering
about N100 million during his tenure as the Minister of Culture
and Tourism and then, aviation.
The allegedly laundered sum was, however, reduced to N2.1
million on Nov​ember 17, 2014 after the court dismissed 38 of
the 40-count charge levelled against Mr. Fani-Kayode for want
of proof.
The prosecuting counsel, Festus Keyamo, had urged the court to
uphold the remaining two counts and to accordingly convict Mr.
Fani-Kayode. He said the former minister failed to exonerate
himself of the allegations.
Mr. Keyamo pointed out that the object of the charge was that
Mr. Fani-Kayode transacted in cash sums above N500,000,
which was the threshold stipulated by the Money Laundering
(Prohibition) Act.
Mr. Keyamo had also argued that Mr. Fani-Kayode admitted
making such transactions in his confessional statement of
December 22, 2008 made to the EFCC.
He argued that the prosecution had discharged its duty once it
established that Mr. Fani-Kayode transacted in large sums
above the Money Laundering threshold, adding that it was left
for Mr. Fani-Kayode to explain the source of the money.
However, Mr. Fani-Kayode’s lawyer, Ifedayo Adedipe in his
summary argument, maintained that the former minister made
no confession to the EFCC. He said adding that the anti-graft
agency failed to show that Mr. Fani-Kayode actually accepted a
cash sum of N1million as alleged.
He said the anti-graft agency also failed to show to the court the
person who handed the cash sum to the accused person.
He said for the case of the prosecution to succeed, it had to be
proven beyond reasonable doubts.
Premium Times 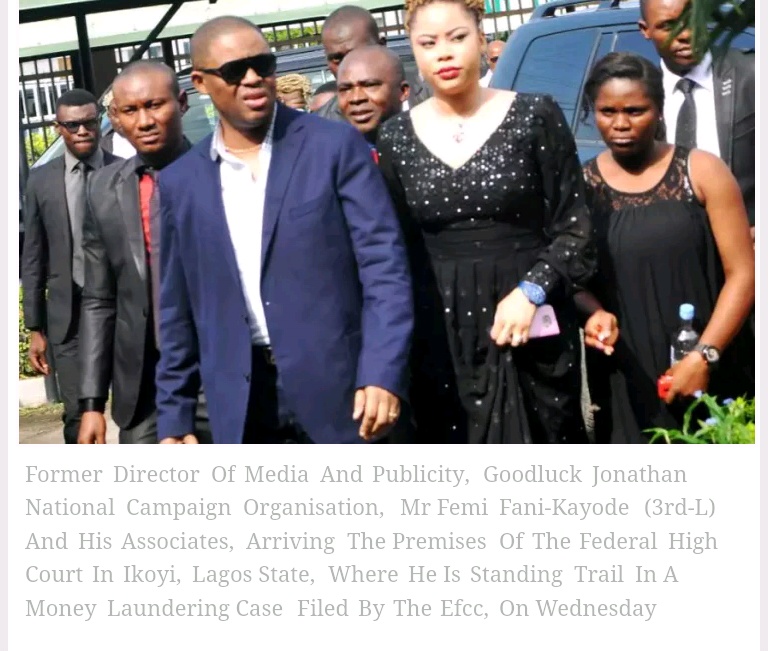