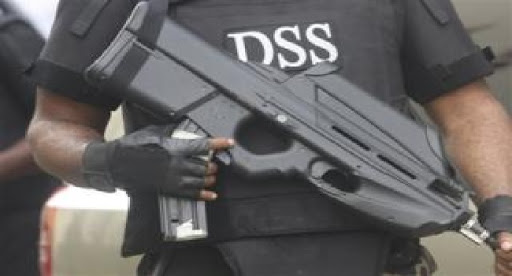 The Department of State Services (DSS) announced yesterday it had uncovered a plot to bomb Nigeria’s largest  computer market, the Computer  Village in Ikeja, Lagos.
It named one Chidiebere Onwudiwe, a graduate of Mechanical and Chemical Engineering and local members of the Indigenous People of Biafra (IPOB) as the brains behind the plot.
Onwudiwe is currently under arrest.
The DSS said in a statement that the suspect was working with foreign and local members of IPOD to perfect the plot.
It also claimed to have uncovered another plot to bomb worship centres and parks during the coming Eid el Fitri festivities.
In a statement in Abuja last night, the DSS said its operatives had arrested two suspected members of the Niger Delta Avengers (NDA) linked to Government Ekpemupolo (aka Tompolo) while making separate plans for the assassination of a Kaduna-based military officer and the bombing of oil and gas pipelines.
It said: “On 7th June, 2016, one Kabiru SHUAIBU, the ring-leader of a kidnap gang, comprising his accomplices namely: Haruna SALEH, Tukur SHUAIBU and Abdulmumuni ADAMUNA, were arrested by the Service along Murtala Muhhamad Bridge, along Lokoja-Abuja Highway, in Lokoja, Kogi State.
“The suspects were part of a criminal gang which has been terrorizing innocent citizens in the Northern region of the Federation. During their arrest, a locally-made pistol, seven cartridges, 14 mobile phones and N615,000 were recovered on them.
“On 8th June, 2016, one Reuben Akinbehinje aka Chairman, the ring-leader of a notorious kidnap syndicate, was arrested by this Service in Akure, Ondo State, along with five (5) other members of his gang namely; John Imoleayo Uche, Seun Lajuwon, Seun Iseoluwa Akintayo, Lateef Fayemi Hammed and Saheed Oyewo.
“The Akinbehinje gang has been the brain behind the kidnap of two Catholic nuns in the State and other criminalities such as armed robbery, hijack and diversion of fuel tankers and cult-related activities in Ondo, Oyo, Osun, Lagos and Kwara States.
“Similarly, on 12th June, 2016, this Service arrested one Ifeanyi Michael Onyike, a suspected kidnap kingpin at D-line, Port Harcourt in Rivers State. Onyike was involved in the kidnap of Ebere Chinda, wife to Igo Chinda, the Personal Assistant (PA) to the Minister of Transport, Rotimi Amaechi.
“Further to this tactical offensive, on 25h June, 2016, in one of the North-Western States, one Sani Abdullahi, and his three accomplices, namely Rufai Tukur Abdullahi, Najeeb Abubakar and Abdullahi Ahmed, were apprehended by this Service. The group has concluded arrangements to embark on serial kidnap of high-value targets in Katsina State, before their arrest.
“This gang has hitherto been terrorizing the North-Western States of Kano, Katsina, Kebbi and Zamfara.
“In a bid to stem the activities of vandals in the Niger Delta, this Service effected the arrest of Selky Kile TORUGHEDI, on 17th June, 2016, in Calabar, Cross River State. Toruchedi is an ex-militant and suspected member of the Niger Delta Avengers (NDA), and was arrested for planning to assassinate one MB.Yahaya a serving military officer.
“Toruchedi, who is a close associate of Government Ekpemupolo (aka Tompolo), had already conducted surveillance at the residence of Yahaya in Kaduna, preparatory to his plot when he was intercepted.
“He is also fingered as a sponsor of pipeline vandalism in some States in the South-South region. Suspect is currently assisting the Service, with critical leads.
“In a related operation, this Service arrested one Christian Oluba aka Sensor, another suspected militant with the Niger Delta Avengers (NDA). Sensorwas arrested while perfecting plans to carry out explosive attacks on critical oil and gas pipelines, including critical storage points.
“Meanwhile, sequel to increasing threat posed to public peace by the activities of the Independent People of Biafra (IPOB), this Service arrested one Chidiebere Onwudiwe, a graduate of Mechanical and Chemical Engineering and known member of IPOB, on 22ndJune, 2016.
“Onwudiwe and his associates within and outside the country, were planning to carry out coordinated attacks against religious bodies/edifices, Police-Check Points and the computer village in Ikeja, Lagos State, with Improvised Explosive devices (IEDS). The suspect was apprehended while making logistics supplies for their nefarious plan.
“In another development, on 19th June, 2016, at Langtang North LGA in Plateau State, this Service in liaison with the military and Police, arrested one Nanpon Sambs (aka Yabam), an illegal arms dealer. SAMBS is a member of a notorious black market arms syndicate led by one Peter Nehemia (aka Adagyo) which operates in the State. A Rocket Propelled Grenade (RPG) launcher and circuit charger were recovered from a Toyota Highlander SUV belonging to the suspect.
Source: The Nation