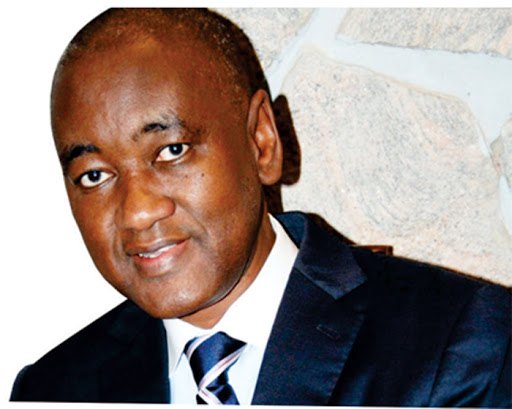 …Justice Denton-West, Ondo NBA Chair proffer solution to judicial corruptionThe Nigerian Bar Association (NBA) has asked judges recently arrested by the Department of State Services (DSS) over allegation of corruption to suspend sitting and proceed on compulsory suspension.NBA President, Abubakar Mahmud (SAN), who made the request in Abuja Thursday urged the affected judges to recuse themselves from all judicial activities until their innocence was proved.He said the accusation and counter-accusation between the affected judicial officers and some politicians and institutions, following the last mass arrest of judges, has made it imperative for the National Judicial Council (NJC) to take urgent steps to salvage the image of the Judiciary.

Mahmud spoke at a valedictory court session for the retiring Justice Sotonye Denton-West of the Court of Appeal. He called for urgent intervention of the NBA to revive the dwindling reputation of the Judiciary.Mahmud said: “In the interim however, particularly having regards to what appears to an ongoing accusations and counter accusations between the some of the judges and other personalities or agencies, it appears to the NBA that it is extremely important that the NJC takes very urgent steps to safeguard the public image and sanctity of the courts.“We therefore strongly recommend that, without prejudice to the innocence or otherwise of the Judges involved in the ongoing investigations, they should be required to recuse themselves from further judicial functions or required to proceed on compulsory leave until their innocence is fully and completely established or until the conclusion of all judicial or disciplinary proceedings.“We believe this will be necessary in order to protect the sanctity and integrity of judicial processes that may involve the judges concerned and safeguard the public image of the institution,” Mahmud said.Justice Denton-West, who, until her retirement, the Presiding Justice of the Court of Appeal, Akure division agreed with the Chairman, NBA, Ondo State, Adetunji Oso agreed that the Judiciary was not immune to corruption that currently pervades the Nigerian society.While Denton-West said she was once a victim of corruption in the Judiciary, Oso advised that rather than argue about the level of corruption in the judicial system, efforts should be directed at curbing it.Justice Denton-West said: “Indeed, I know and believe that there is corruption, unfortunately even in the folds of the Judiciary. I have personally been a victim of corrupt act from the Judiciary on some occasions.“The Nigerian Judiciary in the past has been one of the greatest in the world, but it is time to relive and embrace the rule of law in its entirety. It seems only lip service is paid to this great doctrine. It is essential that the rule of law must be observed in order for society to run smoothly, otherwise the beauty of democracy will elude us.“The rule of law is observed when there is mutual respect between the authorities and those subject to authority and, between the powers that be and their subjects, in accordance with the law. For we are all subject to the law,” she said.Oso argued that there was no dispute about the existence of corruption in the Judiciary, adding that every Nigerian should be concerned about how to eradicate it.He was of the view however, that efforts to rid the Judiciary of corruption must not end in destroying the entire system.Oso suggested that any judge accused of corruption should first be dealt with internally/administratively by the NJC before he/she is released to be prosecuted as a former judge, in the regular court.He called for urgent reforms in the workings of the NJC to enable it deal with complaints against judges promptly and must act without fear or favour.As a further measure of riding the Bench of corruption, the Ondo NBA Chair suggested among others, the exclusion of spouses of politically exposed individuals from consideration for appointment as a judge.He added that where such a spouse was already a judge before his/her husband/wife became politically exposed, such judge should resign.Other speakers, including the President of the Court of Appeal, Justice Zainab Bulkachuwa, Minister of Justice and Attorney General of the Federation (AGF), Abubakar  Malami (who was represented by the Solicitor General of the Federation, Taiwo Abidogun) and Onomigbo Okpoko – SAN – (who spoke for the Body of Senior Advocates of Nigeria) and Mrs. Hairat Balogun – SAN – (who spoke for the Body of Benchers) eulogised the retiring Justice Denton-West.They described her in beautiful words, including being an embodiment of integrity.
The Nation