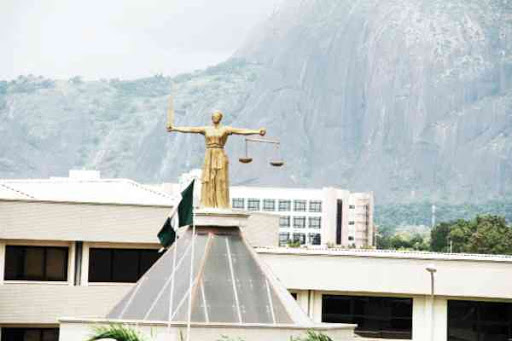 A Federal High Court in Abuja has granted bail to a businessman, Olugbenga Obadina, the Managing Director, Almond Projects Limited who was allegedly paid about N2.4billion by the Office of the National Security Adviser, ONSA, under Col. Sambo Dasuki (rtd), without evidence of services rendered.
Obadina was arraigned with his company last Friday by the Economic and Financial Crimes Commission (EFCC) on an eight-count charge for allegedly collecting N2, 417, 000,000.00 paid into his company’s account in tranches, between 2013 and 2015 from the account of the ONSA under Col. Sambo Dasuki (rtd) without contract award.
The offence is contrary to Section 15(2), (d) of the Money Laundering (Prohibition) Act 2011 as amended in 2012 and punishable under Section 15(3) of the same Act.
Ruling on Monday, Justice Nnamdi Dimgba admitted Obadina at N500million  with two sureties who must each endorse a bond of N250m.
The judge said the sureties can be a private businessman, professional or civil servant of the rank of a director.
“The sureties must have landed properties either in Asokoro, Maitama, Apo Legislative quarters, Wuse II area of Abuja, or Victoria Island, Lagos State. The sureties are to provide evidence of income tax payment for three years,” the judge said.
He directed Obadina to deposit his international passports with the registrar of the court, and must go to the EFCC to comply with Section 15 of the Administration of Criminal Justice Act, which entails submitting himself for biodata collection, fingerprinting, snapshot and necessary profiling.
Obadina is to be remanded in prison custody pending satisfaction of his bail conditions.
The judge adjourned to September 30 and October 4, 2016 for trial.
The Nation

Tue Jul 19 , 2016
An Osun State High Court, sitting in Osogbo has struck out the application for stay of execution order sought by the state chapter of the Christian Association of Nigeria (OS-CAN) on the court judgement allowing female Muslim students to wear hijab in public schools. When the case came up on […]