A Lagos High Court, sitting in Ikeja, has issued a bench warrant for the   arrest of a popular   society lady, Princess Abiodun Folasade Madojutimi Omotade. The bench warrant was issued by Hon. Justice L.A.F Oluyemi, following the refusal of Omotade (defendant) to appear before it on contempt proceeding on Tuesday, July 21, 2015.
In the warrant, the Judge ordered all security agencies, the Nigerian Police Force, Nigeria Immigration Service,   Nigerian Customs Service, Nigerian Navy, Nigerian Air Force, International Police, (INTERPOL) and all other security forces to arrest her and put her in prison until September 23, 2015 when the case will come up for hearing.
“It is hereby ordered: Order bench Warrant to be and same is hereby issued against the 1st defendant/contempnor, Miss Folasade Abiodun Adesokan, aka Mrs. Omotade, for her arrest by any enforcement agency/agent in Nigeria; and to remain in prison custody when apprehended till the next hearing date which is 23rd September, 2015, for hearing of the contempt proceedings,” he   ordered.
Princess Abiodun Folasade Madojutimi Omotade is one of the two wives of late Mr. Olaseni Ayodeji Omotade who died in plane crash on 22nd of October, 2005, leaving the family without any will.
Grace Omotade, one of the wives with three children (Oluwafumilayo, Oluwaseun and Onikepo), who claims to be the only legal wife and a matron packed out of her matrimonial home in annoyance when her late husband, then in his prime, brought in Folasade whom she viewed as his mistress.
As at the time Olaseni died, Folasade, who was the only woman then in the house allegedly cornered all the properties and embarked on asset stripping, disposing all the properties and assets of late Olaseni without the knowledge of Grace. The bubble   burst when she attempted to dispose the family property at No. 5a and 5b, Kayode Alli Street, Omole Phase I, Ikeja, Lagos.
Grace got a hint of the development and filed Suit No: ID/183M/2006 seeking an order restraining and preventing Folasade and her agents from selling, disposing off and/or leasing the property at Omole Phase I and an order directing and/or mandating the Registrar of the court and or the Deputy Sheriff to put the property under lock and key and deposit same with the Honourable court pending the determination of the case.
The order was granted by Hon Justice Williams Dawodu on July 10, 2006, wherein the Honourable judge ordered that parties shall maintain the status quo pending the determination of the interlocutory application.    But the defendant went ahead to sell the said property in defiance of the court order for N55 million to Mr. Raphael   Adeyemi and Mrs. Abimbola Aina, prompting the claimant to institute contempt of court proceeding against her.
The deed of sale was sealed and delivered by Princess Abiodun F. M. Omotade in the presence of Mr. Isaac Alabi, a baker at 1/3 Isaac Alabi Crescent and Modupe Ladele, a Lawyer at 14 Abimbola Street, Alapere.
However, the defendant, Folasade, however, averred that she remains the only surviving wife of the deceased with three children and that the first claimant, Grace,   was a mere concubine and in the course of her co-habitation with the deceased claimed to have had 3 children for the deceased.
Folasade   further stated that she was three months pregnant when she lost her husband and that she gave birth to a set of twin named Taiwo Oluwadamilare Omotade and Kehinde Ayooluwa Omotade on May 17, 2006 and that she currently has three children for the deceased, namely,   Oyinkansola Omotade, Taiwo   Oluwadamilare Omotade and   Kehinde Ayooluwa Omotade
Vanguard 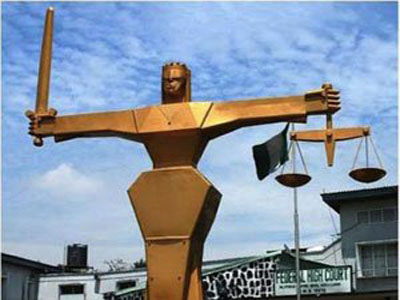