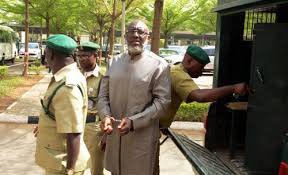 Former National Publicity Secretary, Peoples Democratic Party (PDP), Olisah Metuh and his firm, Destra Investments Limited, have been found guilty of count one of the seven-count charge levelled against them by the Federal Government.

The Economic and Financial Crimes Commission (EFCC) had instituted the charge against Metuh and his company for alleged money laundering to the tune of N400 million.

Ruling on the first count charge, Justice Abang held that the former National Security Adviser (NSA), Sambo Dasuki, unlawfully transferred the sum of N400 million to the defendants in November 2014.

The judge maintained that Metuh and his firm reasonably ought to have known that the sum of N400m paid to them formed part of the proceeds of unlawful activity of the former NSA since they had no form of contractual relationship with him.

According to the judge, Dasuki transferred the money to the defendants in breach of public trust.

The judge said: “The issue is whether or not the first defendant has actual knowledge or constructive knowledge or no knowledge at all that the inflow of N400 million from ONSA to the second defendant.

“If metuh know of the inflow of the N400m into the account of the second defendant controlled by him without any contract, then he should have been conscious of receiving such fund.

“I have my doubt if the first defendant is telling the court the truth in this matter. It is my humble view and firm view that on the 24th November 2014, the first defendant has actual knowledge of the Inflow of N400 million into the account of the Second defendant.

“I have my doubt if the former President could have authorised N400 million public fund just on verbal approval and even to a first defendant that was not official person but a member of a political party.”

Adding: “And upon being told of the inflow of N400 million by Prosecution Witness 4, why did he fail to confront the bank for not alerting him and I agree that the furst defendant turned blind eye to receiving the fund.

“The defendant could have known that Dasuki did so in breach of public trust. “Both the first and second defendants are found guilty and convicted in count one”, Abang ruled

NATIONAL CHESS TOURNAMENT FOR LAWYERS: An interview with Charles Ajiboye,FICMC

Tue Feb 25 , 2020
The greatest tool of lawyers is their ability to think. Come April 2020, Lawyers across the country will gather to slug it out in a Chess tournament. In an interview with the multiple award winning visioneer, more interesting details are revealed. Can we meet you? I am Charles Ajiboye, a […] 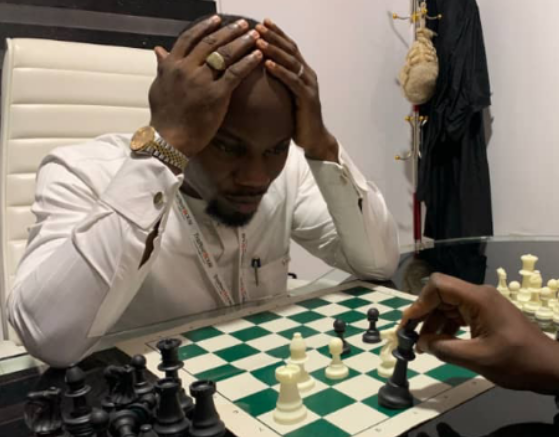