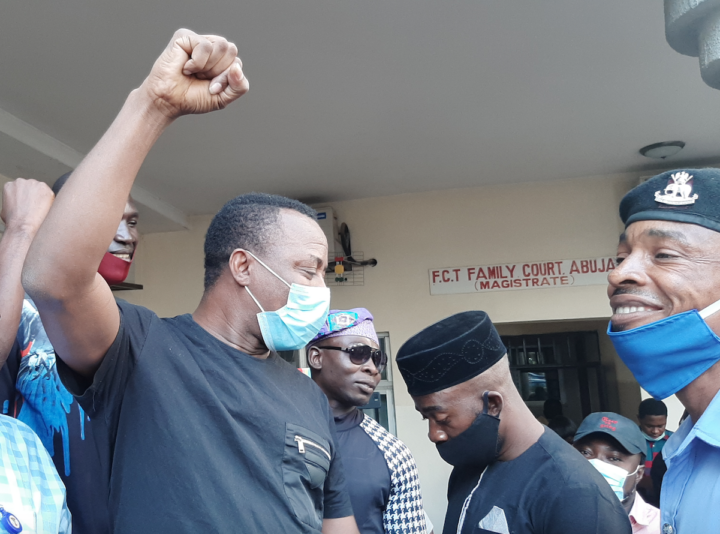 A federal high court in Abuja has declared the 2019 arrest of Omoyele Sowore, an activist, as illegal.

The court also declared that the clampdown on the #RevolutionNow protests in 2019 was unconstitutional.

The Department of State Services (DSS) had arrested Sowore on August 2, 2019 and despite being granted bail by different courts, the agency failed to release the activist until December 2019.

Sowore then filed a suit asking a federal high court to award N500 million in his favour as cost against the DSS for the “violation of his rights”.

One of the reliefs sought by Sowore is “an order of this court compelling the respondents to pay to the applicant the sum of N500,000,000,00 (five hundred million naira) as general and aggravated damages for the illegal violation of the applicant’s fundamental right to life, dignity of his person, fair hearing, health, freedom of movement and freedom of association”.

The suit, which was first brought before Ahmed Mohammed, a judge, was later transferred to Inyang Ekwo and then Obiora Egwuatu.

In a judgment delivered on Monday, Egwuatu ordered the DSS to pay damages in the sum of N1 million to Sowore as compensation for the violation of the latter’s rights.

In May 2020, a federal high court in Lagos had awarded N1 million as damages against the federal government for disrupting the #RevolutionNow protest of August 5, 2019, after Olukoya Ogungbeje, a lawyer, instituted the suit against the government.

Maureen Onyetenu, the judge, had described the disruption of the protest by the police as “illegal, oppressive, undemocratic and unconstitutional”.

She also condemned “the mass arrest, harassment, tear-gassing, and clamping into detention” of the protesters.

In December 2021, Anwuli Chiekere, judge of an Abuja federal high court, ordered the DSS to pay the sum of N2 million as general damages to Sowore over the unlawful seizure of his phone in 2019.