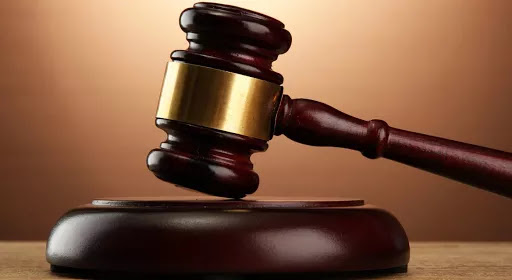 The trial judge, Justice Babs Kuewum, convicted the companies after the counsel to the Economic and Financial Crimes Commission (EFCC), Rotimi Oyedepo, had reviewed the facts of the charge and agreed with by the directors of the companies.

The purported companies’ directors had earlier pleaded guilty on behalf of the companies.
They are Friday Davis: Agbo Baro; Kola Fredrick; and Taiwo Ebenezer and China John.

The four companies were charged alongside Dudafa, a lawyer, Amajuoyi Azubike Briggs, and Adedamola Bolodeoku, a senior staff of Skye Bank Plc, on alleged $15.591,700, which the former First Lady, Mrs. Patience Jonathan, is laying claim to.

He also stated that Transoceanic Property and Investment Development Company Limited also retained in its accounts number domiciled with Skye Bank the sum of $1,897,700, between February 21 and November 19, 2014.

Oyedepo further informed the court that Seagate Property and Investment Development Company Limited, also retained in its Skye Bank accounts number 2110002243 the sum of $1,839,900.
While Avalon Property and Investment Development Company Limited retained the sum of $250,000, in its account number 0122493290, domiciled with WEMA bank Plc, on February 28, 2015.

He informed the court that the said monies were proceeds of crime, and they were paid into the four companies’ accounts by one Festus Iyoha, who was a domestic servant at the State House, Abuja.

He also informed the court that the said Iyoha had paid the monies into the companies’ accounts at the order of the first defendant in the charge, Dudafa.

Oyedepo after reviewing the facts of the charge, also tendered the documents such as the companies’ bank mandate forms, account opening packages and the CAC’s Forms 2, which indicated that the purported directors are major shareholders in the companies.

However, lawyers representing other accused persons, Gboyega Oyewole, Ige Asemudara and Joseph Okobieme, urged the court to allow their clients to go through the documents sought to be tendered by the prosecutor, saying that they were all charged on the offence of conspiracy, which is count one of the charge.

The lawyers also stated that admitting of the documents, would have negative impact on their clients.

Upon the submission made by the lawyers, the prosecutor pleaded with the court to expunge the name of Dudafa, Briggs and Bolodeoku from the count one.

Consequently, Justice Babs Kuewumi pronounced all the four companies guilty as charged but declined to pronounce sentence on them.

The court stated that sentence will be determine at the conclusion of trial of other accused persons in the matter.

Justice Kuewumi held that “in view of the facts stated by the prosecutor, and based on the evidence tendered and agreement of the companies’ directors. The prosecution has proved its case beyond reasonable doubt.

Upon the guilty pleas of the purported directors of the companies, the court adjourned till yesterday, for the review of the matter.

The matter has been adjourned till December 16, for continuation of trial of the three other accused persons.

The EFCC in a second amended charge marked FHC/337C/16, alleged that the three accused persons alongside the four companies, between November 13, 2013 and March 31, 2015, conspired with one Sombre Omeibi, who is now at large, to retain the sum of $15,591,700, which them reasonably ought to have know forms part of the proceeds of an unlawful act, and thereby committed offences bordering on money laundering, stealing,