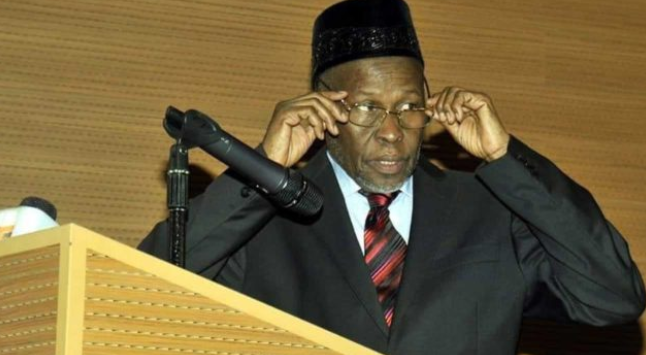 The last time the apex court gained so much public attention similar to the current brouhaha was when the former Chief Justice of Nigeria (CJN), Justice Walter Onnoghen, was accused of breach of code of conduct by a seemingly unknown group. He was tried by quasi-judicial tribunal and finally suspended from office by President Muhammadu Buhari, a situation that led to his premature exit. Assistant Editor, Law and Foreign Affairs, JOSEPH ONYEKWERE, in this report examines the recent controversial decisions by the apex court, tries to draw the distinctions as well as the impact of the judgments on the already battered image of the highest court in the land.

On February 13, 2020, the Supreme Court delivered a judgement in the case between Peoples Democratic Party (PDP) and two others verus Biobarakuma Degi-Eremienyo and three others. In its 24 pages lead judgment delivered by Justice Ejembi Eko, the court made a consequential order, directing the 4th respondent, which is the Independent National Electoral Commission (INEC), to withdraw the Certificate of Return earlier issued to the governorship and deputy governorship candidates of the All Progressives Congress (APC), Mr. David Pereworimin Lyon and Mr. Degi-Eremienyo respectively, and to issue a fresh Certificate of Return to the candidate who had the highest number of lawful votes cast in the governorship election and who also had the requisite constitutional geographical spread. By this decision, the apex court killed the dream of Mr. Lyon, who was already hours away from being sworn in as governor. Expectedly, while the victors rejoiced, the vanquished mourned and the public bewildered.

Before this judgement, the same court had on January 14, just a month earlier, sacked the governor of Imo State, Emeka Ihedioha of the PDP and replaced him with Hope Uzodinma of the APC in an equally controversial circumstance, the outcome of which is now before the apex court again for review. Prior to those two decisions, the apex court had had the opportunity of delivering a ruling on the appeal by the PDP and it’s candidates in Osun State, where issues bordering on the power of INEC officials cancelling elections results featured prominently but was unsuccessful in technical ground of the absence of one of the judges in the panel. Similarly, in that of the presidential election, issues about multiple names and candidates certification were raised and resolved differently. Closely tied to the Bayelsa case was that of Kogi State, where a running mate to late Abubakar Audu, Mr. James Faleke failed to convince the Supreme Court to allow him become the APC’s governorship flag bearer for the reason that it was a joint-ticket.

There is no doubt that the apex court decisions on those political cases and subsequent outcry are all an indication that they did not meet the expectations of the majority of Nigerians. The effect, ultimately is a brewing negative perception about the image of the final court in the land. However, the issues arising from all those judgments may be best appreciated if one is seized of the relevant facts, findings and conclusions which birthed the consequential orders made by the apex court.

In the Bayelsa case, there is no doubt that Degi-Eremienyo had a bad case. The Supreme Court reasoned and rightly so, that he gave false information to INEC. It is one thing for a person to bear multiple names, but becomes a legal problem when the multiple names appear on different official documents, and the efforts to explain the contradictory names leads to more contradictions. The major challenge in the decision here was whether it was right to punish Lyon for the “sins” of his running mate? Section 187 (1) and (2) of the Constitution of Nigeria, 1999 (as amended) provides as follows:

Section 187 of the Constitution reproduced supra provides for a joint ticket; the governorship candidate and his deputy will swim or sink together.“As far as the November 2019 gubernatorial election is concerned, their destiny was conjoined. It should be emphasized that a governorship candidate and his deputy are subject to the same qualification – in terms of citizenship, age, educational attainment and membership of a political party,” he stated. He argued that the Supreme Court could not have ordered INEC to conduct a fresh or bye election, instead of ordering INEC to issue Certificate of Return to the candidate with the highest number of valid votes cast in the election because was a pre-election matter. Pre-election cases, he said usually raises issues affecting the propriety of a candidate’s or political party’s participation in an election.Effiong noted that although arguments for a fresh election or rerun are founded on the idea that it is the electorates and not the courts that should determine who should lead a state, the law sees the candidates as not qualified to participate in the election in the first place.

“The Supreme Court at page 22 of its lead judgment specifically declared that both the governorship candidate and his running mate are “deemed not to be Candidates at the Governorship Election conducted in Bayelsa State”. In essence, the doctrine of wasted votes enunciated by the Supreme Court in several pre-election cases, including its recent judgment in Appeal No. SC/377/2019 between (APC) & ANOR. V. Garba Marafa & 179 others delivered on May 24, 2019 in respect of the 2019 elections in Zamfara State was applied in the Bayelsa case,” he argued.

Legal distinctions
The major distinction in the case of Kogi State borders on the death of a running mate. Although Bayelsa and Kogi issues are both pre-election matters. The difference is that in the case of Bayelsa, the running mate didn’t die unlike in Kogi. Imo’s case is a post election matter, which has different facts.Law lecturer, Babcook University, Dr Abangwu Nzeribe said the judicial outcome of the governorship election of both Imo and Bayelsa states has generated intense legal and political controversy. Explaining the basis for the challenge of the qualification of the APC deputy governorship candidate in Bayelsa, Nzeribe said: “It should be noted that Section 31(5) of Electoral Act 2010(as amended) provides that: “A person who has reasonable grounds to believe that any information given by a candidate or any document submitted by that candidate is false may file a suit at the High Court of a state or Federal High Court against such person seeking a declaration that the information contained in the affidavit is false”.He added that section 31(6) of the said Electoral Act gives the court the power to disqualify such candidate if the court discovers that the information submitted is false.

“It was based on the provision of the law that PDP candidate challenged the qualification of Mr. Degi-Eremienyo and by extension the qualification of the APC governorship candidate, Mr. Lyon in line with section 187(1)(2) of the Constitution of Nigeria (as amended), which provides for a joint candidateship wherein the governorship candidate and his running mate will swim or sink together.

“So, by a community reading of section 187(1)(2) of the constitution and section 31(5)(6) of the Electoral Act 2010 (as amended), the Supreme Court specifically declared that both the governorship candidate of the APC and his running mate were deemed not to be candidates at the governorship election conducted in Bayelsa state in November 2019, the duo having ab initio not qualified to stand for the said election.

“It is my opinion that this decision reflects the long standing principle of law as adumbrated in the old case of Mcfoy v.UAC, where the erudite Lord Denning declared that one cannot build something on nothing and expect it to stand. I dare say, such a labourer labours but in vain.“Therefore, the governorship candidate of APC and his running mate, having been disqualified in the first instance, were not and could not, in the sharp eagle eye of the law be candidates to that election how much more winning same,” he stated.

Comparing the governorship election of Imo state with that of Bayelsa state, he said may appear to be comparing two parallel lines. “This is because Imo state was a post election matter while Bayelsa case was a pre election case. It should be understood that pre-election cases usually raise issues affecting the propriety of a candidate or a political party’s participation in an election. Thus, the case of Bayelsa state was predicated on the issue of forged certificate which invariably affected the governorship candidate due to their joint ticket.