Vice President Yemi Osinbajo yesterday alleged that Boko Haram had hatched a plot to use refuse collectors to bomb houses of very important personalities (VIPs) in the North-East
Osinbajo, who is chairman of the National Economic Council (NEC), raised the alarm while presiding over the second NEC of the current administration at the presidential villa, Abuja.
The Council, which has the 36 state governors as members, also implored state governors to work out modalities to cut the cost of governance in their respective states.
It issued a memo at the end of the meeting through its secretariat where it alerted that the vice president had hinted of the plan by the insurgents to bomb houses of VIPs.
Osinbajo had in the past few weeks been touring some of the North East states devastated by the activities of the sect to assess the level of damage done by the insurgents in order to report back to the president.
According to the memo, the VP informed council members that intelligence report made available to him signalled that the Boko Haram sect was plotting to plant bombs in refuse and dump them in houses belonging to VIPs in the North East.
“The vice president also disclosed that security reports had it that scavengers were now being prepared by insurgents to dump refuse laden with bombs in the houses of VIPs,” NEC noted in the memo, adding that Osinbajo expressed regret that the terror group had wreaked havoc on the economy of the North East and the entire nation.
Urging members of the Council to rise with one voice in mounting pressure on the service chiefs to intensify the war against the sect, the Osinbajo said the level of sensitisation must increase in order to create awareness through the radio, television and other mediums.
Also at the meeting, governors of the North East and North West gave updates on the terror group, including other criminal activities like cattle rustling and banditry.
According to the memo, Borno State governor and his Yobe counterpart informed NEC that over five local governments in their states were still under the control of the Boko Haram sect, and called for increase in military deployment and provision of sophisticated military equipment in those areas. They also noted that members of the terror group were still hiding in Sambisa Forest.
Governors of Yobe, Borno, Taraba, Kaduna, Gombe, Plateau and Bauchi States took turns to inform the Council of security concerns in those regions.
Kaduna State governor, Malam Nasir el-Rufai, also informed NEC that most of the cattle rustlers were in Kumuku National Park where the issue of cattle banditry was getting out of hand.
Warning that if the issue is not properly handled, it could result in another Sambisa Forest episode, the governor however said efforts were being made to contain the menace.
NEC also received briefing from the governor of the Central Bank of Nigeria (CBN), Mr. Godwin Emefiele, on the restructuring of bank loans for the states and payment of salary arrears.
Emefiele informed the Council that following meetings with banks, it was concluded that existing loans should be restructured for the minimum of 20 years, while salary arrears should also be restructured for the minimum of 15 years and not exceed 20 years.
According to him, states can opt for either the bond option to attract the market rate or the debt restructuring option to attract the single digit rate.
“Council resolved that a four-man team made up of the governors of Bauchi, Rivers, Ondo and Osun states are to follow up with the CBN to ensure that the issues of Excess Crude Collateral for the states are sorted out by Tuesday next week ,” the memo noted.
Also, the permanent secretary in the Ministry of Finance presented a document which indicated that the Excess Crude Account currently stands at $2.078 billion, a development which informed NEC’s decision that the Committee on ECA should work with the accountant-general’s office to resolve the gaps observed in the presentation.
Meanwhile, Vice President Osinbajo has urged governors of the 36 states of the federation to work out modalities that would enable them cut the cost of governance.
According to the Lagos State governor, Akinwunmi Ambode, who said this after yesterday’s NEC meeting, Osinbajo warned that the former practice whereby huge percentage of states’ budget were recurrent expenditure was not acceptable.
Briefing journalists after the meeting, he said: “We resolved that all states should find ways to reduce their cost of governance. We do not have a uniform template on how to reduce the cost of governance but it is very clear that states in the specific situations will find different ways and means of ensuring the cost of running governance is not as huge as it has always been.
“So, it is left for the states in their respective situation to find the different ways of cutting cost, but what is important is that we cannot continue with the kind of huge burden or huge cost we apply to run our government. A situation where you are having a huge percentage of your budget as recurrent expenditure is obviously not acceptable. And you must look for ways in reducing the cost of administration in the various states.”
Ambode said the committee set up by the Council during its last meeting to probe the expenses of the Nigerian National Petroleum Corporation (NNPC) and the Excess Crude Account under the past administration would submit its report during their next meeting.
-Leadership 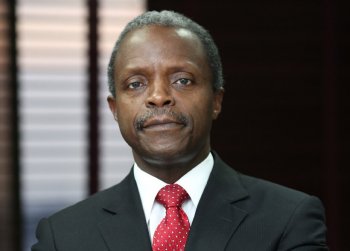