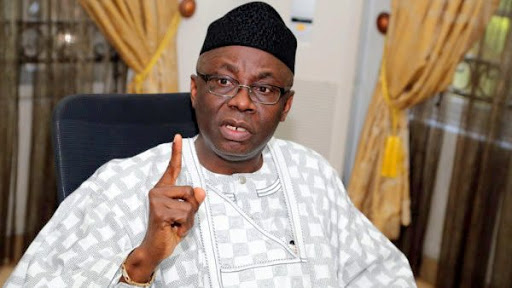 Pastor Tunde Bakare, the Convener, Save Nigeria Group (SNG), on Sunday joined other eminent Nigerians in the calls for restructuring of Nigeria’s federal system to a united nation.Bakare made the call in his “State of the Nation’’ broadcast at the Latter Rain Assembly, End-Time Church in Lagos.Theme of the broadcast is: “Looking into the Future with the Eyes of Faith.’’He said the founding fathers had agreed that Nigeria would be “a truly federal state with limited and specific powers allocated to the Federal Government, and residual powers inherent in the regional governments.According to him, this agreement was the social contract upon which the Nigerian state was formed.

He said that this social contract was broken on May 24, 1966, through the Unification Decree by the late Gen. J.T.U. Aguiyi-Ironsi’s administration.Bakare said that the current government, under President Muhammadu Buhari, has the opportunity to provide such leadership Nigerians want by being at the forefront of the quest for change.According to him, the change will be guided by the indicators of good governance in a well-structured state, and propelled by a true unifying national vision.“Mr President and his team must summon the courage to make hard choices, especially the choice to restructure and the choice to embrace the necessary self-sacrifice that precedes economic recovery.“May 29 this year will mark two full years of this administration in government. We have no more time to waste.“Mr President must galvanise his team to get the job done; square pegs in round holes must be removed or put in appropriate places.“It is time to demonstrate leadership, wise judgment and astute public policy that guarantees stable and prosperous nationhood upon a foundation of peace, and build a well-ordered nation with strong institutions dispensing justice.

“It is time to arise with patriotic zeal, to build a great nation such that, years from now, generations yet unborn will look back at their history, not with disdain, but with gratitude to God that our generation preceded theirs.“May 2017 be the year we look into the future with the eyes of faith and take steps to accomplish all that we know is possible,’’’ he said.Bakare said that 2016 was characterised by extreme uncertainties, intense political suspense, accelerated global terror, and mounting economic pressure, due to dwindling resources.He said that in spite of the challenges, some achievements were recorded in the areas of security and diversification.“’As at April 2016, despite the acceleration of global terror, Boko Haram’s impact had been reduced from 22 attacks per month in 2015 to nine per month in 2016.“Under this administration, 21 of the abducted Chibok girls were also released to their parents in October 2016, and last Friday, Rakiya Abubakar, the latest rescued Chibok schoolgirl, was reunited with her parents in Abuja.“To crown it all, at the tail end of 2016, Sambisa Forest was liberated and the Boko Haram flag was captured by our gallant soldiers,’’ Bakare said.He, therefore, prayed for the safe return of all still in captivity, the continued protection of our soldiers, and the safety and rehabilitation of all internally displaced persons.The cleric-politician said, “The government’s diversification efforts have also propelled increased attention to agriculture with the sector growing by 4.54 per cent in the third quarter of the year, despite the 2.24 per cent year on year reduction in growth rate.“The third quarter also saw growth in non-oil sectors including fishing and crop production.“These are signs of a diversifying economy. Therefore, the assumption that the Buhari-led administration lacks direction is questionable.”Bakare then urged Nigerians, irrespective of religious, ethnic, gender or other distinctions, to pray for God’s intervention and support the government.“Prayer has its place, but God will not come down to solve problems. He has already equipped us to solve.“God is looking for patriots who will become responsible for their families, for their communities, for their organisations, for their nation, for the continent and for the world, ” he said.Bakare prayed that God would grant President Buhari wisdom, health, courage and clear vision to do the needful via policies that would redeem and make Nigeria great. (NAN)