The All Progressives Congress said it is set to report Justice Augusta Kingsley-Chukwu, of the Rivers State bench for being in cahoots with the ruling Peoples Democratic Party to paralyse the the state branch of the party.

The APC, which was excluded by the courts from taking part in the National Assembly, governorship and state assembly elections, has not been able to install new state executives, even as caretakers, because of ludicrous court orders.

In a statement by its spokesman, Lanre Issa-Onilu, the APC now now believes, it is the victim of a judicial-political conspiracy, with Justice Augusta a prominent player.

“It is now obvious that the PDP being the ultimate beneficiary of the inability of the APC to elect its state executives for more than one year owing to judicial restrictions have deployed professional litigants and judicial staff to aid their unholy interference in the affair of the APC. They have put their plans to action by getting minions to institute frivolous suit and ensuring that the suit is assigned to Justice Augusta Kingsley-Chukwu, wife of a top PDP leader in Rivers State.

Following disputation in the Rivers State chapter of the All Progressives Congress (APC), we bring to the attention of the National Judicial Council (NJC) the suspicious handling of our court case by Justice Augusta Kingsley-Chukwu and the apparent machinations of the Peoples Democratic Party (PDP).

After the Supreme Court decision to nullify the APC Congresses in Rivers State and effectively disqualify our Party from participating in the 2019 governorship elections in Rivers State, the APC decided to restrategise and reposition the party.

On 6th September, 2019 the APC constituted a caretaker committee to pilot the affairs of the party in Rivers State. The party also scheduled the conduct of congresses to elect the executives of the party at various levels. One Ibrahim Umah immediately instituted a court action at the Rivers State High Court challenging the proposed congresses of the APC and obtained an interim injunction restraining the APC from conducting the proposed congresses. The APC objected to the jurisdiction of the court to entertain the suit and on 18th December 2019 the court struck out the suit for want of jurisdiction, thereby allowing the APC to proceed with its restrategising process and conduct of congresses.

Before the court rendered its decision striking out the suit, one Igo Aguma filed a similar suit against the APC challenging the composition of the caretaker committee. The suit was filed on 16th December, 2019 and assigned to Justice Augusta Kingsley-Chukwu. The APC was entitled to 21 days within which to enter an appearance and file a defence to the suit. Curiously, it was brought to our attention that Justice Augusta Kingsley-Chukwu had abridged the time to 48 hours.

Our curiosity was further heightened when we discovered that the husband of Justice Augusta Kingsley-Chukwu is a PDP leader who had previously contested for the position of Chairman of Obio/Akpor local government area and currently serves as the legal adviser of the PDP in Rivers State.

Wed Jan 15 , 2020
Former President, Nigerian Bar Association (NBA), Dr Olisa Agbakoba (SAN) and activist Lawyer, Femi Falana (SAN) have said that the governors of the south west Nigeria have done no wrong with the formation of Amotekun corps. They said they do not have to consult with the Attorney General of the […] 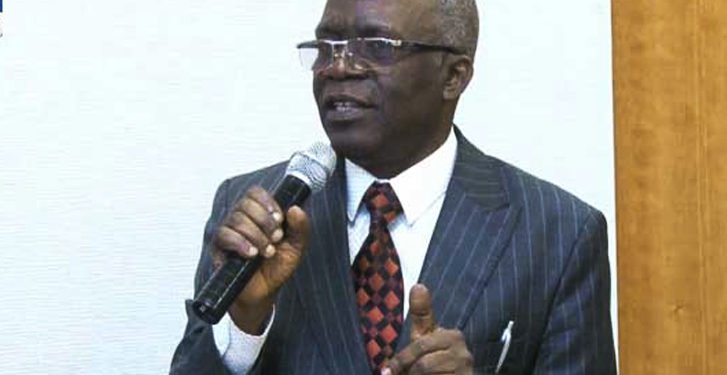 OF A DISRESPECTFUL VOICE OF ADEREMI OGUNTOYE AGAINST DASAN – Olumide O. Okunmakinde Esq.