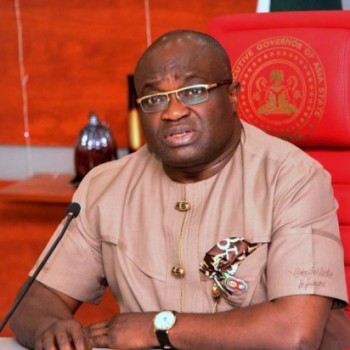 ABA — A five-man panel of the Court of Appeal sitting at Owerri Division, has declined judgment on the appeal, CA/190/ 2016, filed by Sir Friday Nwosu against the July 8, 2016 judgment of the Federal High Court, Owerri, delivered by Justice Ambrose Allagoa, which cleared Governor Okezie Ikpeazu of alleged submission of forged tax documents and false information.

Presiding judge, Justice R. C. Agbo, held that his panel could not hear and decide Nwosu’s suit in view of the appeal, SC/739/2016, Sir Friday Nwosu vs Uche Ogah, PDP, Okezie Ikpeazu and INEC, pending at the Supreme Court.

“You should go to the Supreme Court and leave us alone,” Justice Agbo ruled.

Counsel to the1st respondent in the suit, PDP, Dr. Livy Uzoukwu, SAN, had asked the Court to suspend hearing on the matter because one of the appeals filed by Nwosu at the Supreme Court was similar to the suit before the Court of Appeal.

But Nwosu’s lead Counsel, Frank Unyimadu, stated that Nwosu’s appeal at the Supreme Court was in respect of abuse of court processes which the 4th respondent in the suit, Dr. Uche Ogah, had committed by being a defendant in Nwosu’s suit, and allegedly photocopied documents and exhibits served on him by Nwosu to file another suit.

Arguing further on the differences between the two appeals filed by Nwosu at the Supreme Court and the Court of Appeal, Unyimadu who agreed that the main issue for determination remained who was the lawful candidate of the PDP in the 2015 governorship election in Abia state, described Ogah’s suit as incompetent, stressing that he failed to serve Nwosu even when the Federal High Court ordered him to do so which rendered his suit an abuse of court process.

Counsel to the 2nd  (INEC), 3rd  (Dr. Okezie Ikpeazu) and 4th  (Dr. Uche Ogah) respondents, Jude Nnodum, SAN, Theo Nkire and O.J. Nnadi, SAN, respectively, agreed with the submissions of the PDP counsel, Dr. Livy Uzoukwu, SAN, that the suit filed by Nwosu at the Court of Appeal was similar to the one he also filed at the apex court.