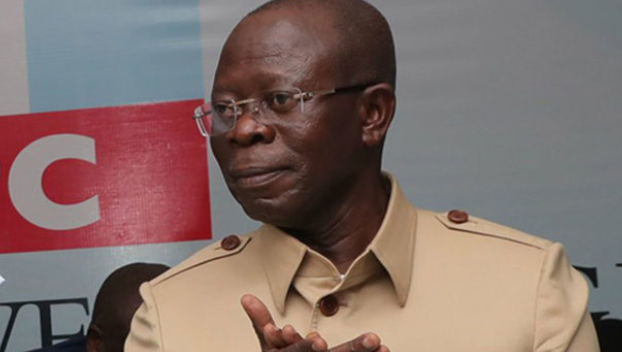 National Chairman of All Progressives Congress (APC), Mr Adams Oshiomhole, says Tuesday’s ruling by the Supreme Court on Imo governorship tussle has reaffirmed the fact that the Court remain Supreme.

Oshiomhole, who spoke to State House Correspondents in Abuja on Tuesday while reacting to the Imo judgement, said the Supreme Court did not made mistake in the first instance.

The Supreme Court had on Tuesday dismissed an application by the Peoples Democratic Party (PDP), and its candidate, Mr Emeka Ihedioha, urging it to review its Imo judgment.

Justice Olukayode Ariwoola, who delivered the judgment, said that aside from the fact that the application was lacking in merit, ”the general law is that the court has no power to alter or vary any Judgment expected to correct error, or an order, or judgment or order made against a party of default.”

The APC Chairman reiterated his position that Ihedioha did not scored the required number of votes to be declared winner of the contested election.

He said it was even legally unwise for Ihedioha to ask the Supreme Court to review its judgment, knowing fully well that its decision had traditionally been irreversible.

”We know that Ihedioha did not have the required number and that is a fact that nobody has ever disputed.

”How somebody thought he can impose someone who did not meet the spread is only known to PDP. Because, they specialised in rigging and they see rigging as their birth right.

”And that is why they could have the guts to be protesting in front of foreign embassies as if Nigeria is a colony under the supervision of some foreign powers.

”So I think what the Supreme Court has done today is just to reaffirm that they are Supreme and whatever they did the last time was on the basis of what was before them.

”I think they are just being consistent with the position they took in previous cases.

”Of course as a party chairman, APC members and indeed all Democrats and all those who believe in the rule of law, who believe that as imperfect as the Supreme Court can be, they remain Supreme.

”We thank God that the whole litigation process has come to an end,” he added.

According to him, the people of Imo can now relax, seat back and work with their governor to ensure speedy transformation of the state.

He added that all hands must be on deck to fill up the gaps so that Imo people can witness sustainable growth and development.

On the arguments that votes in the Imo election that gave victory to Gov. Uzodinma were more that registered voters, Oshiomhole described the argument as roadside talks by some elements in PDP.

”You have made an assumption which is not supported by fact, mainly by the speculations and the roadside talks by some elements in PDP, suggesting that there was over-voting if you add the votes that were ignored.

”Those are not proven because if they were, it was up to their counsel to provide evidence that it was more than the registered votes, not to go and sit on television.

”I assume your question is informed by those uninformed, self-serving speculations. They don’t merit my reaction.

”What I think that we must discuss as a people, which concerns you and I as Nigerians, who believe in democracy, is that the law should be amended, such that no matter what happens, when people have voted, they cannot be dismissed as ‘April Fool’,” he said.