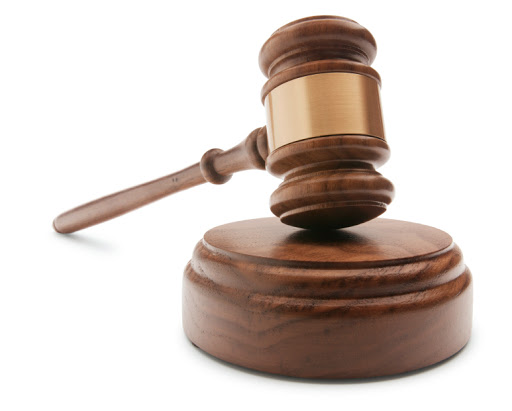 An Ikeja magistrate’s Court, weekend, sentenced a 37-year-old man, Ibrahim Abu, to six months imprisonment for touching the breast of a 17-year-old girl (names withheld) without her consent. Abu, who lives at 6, Mosque Close, Isheri-Olofin, Lagos State, was arraigned before Magistrate Osusanmi and sentenced last Friday for sexually assaulting the girl Monday last week. Vanguard gathered that the girl was asked by her parents to learn hairdressing, while awaiting the release of her Senior Secondary Certificate Examination, SSCE, result.

It was learned that at 7:30p.m. last week Monday, while she was returning home, Abu accosted the victim at Baale Bus Stop Akowonjo, and touched her breast without seeking her consent. It was gathered that in retaliation, she slapped Abu and he hit her with a plank; she reportedly fell, became unconscious and was rushed to a hospital. Abu was later arrested by policemen attached to Shasha Police Station and the case reported to Domestic, Sexual Violence Response Team, DSVRT.

Delivering her judgment, Osusanmi said the offence contravened Section 135 of the Criminal Laws of Lagos State, 2011. File: Reacting over the judgement, Coordinator of DSVRT, Mrs. Titilola Vivour-Adeniyi, said: “While we are pleased with this conviction, this case depicts the current height of impunity with which abusers act. “The success of this conviction can be linked to DSVRT’s early engagement with the concerned victim and collaboration with the police, who despite the pleas and pressures from members of the society, ensured that the case was charged to court. “The role of the society in encouraging victims to speak out, protect victims and encourage justice is now crucial more than ever.”
…put in Sex Offenders’ Register
Vivour-Adeniyi disclosed that “the defendant’s name and details have been entered into the Sex Offenders Register. “We, therefore, use this medium to implore members of the society and stakeholders to play their roles in the fight against sexual and gender-based violence.”Vanguard